It's a Mad, Mad, World. Ezra Pound: The first QAnon Member on this Day in History. 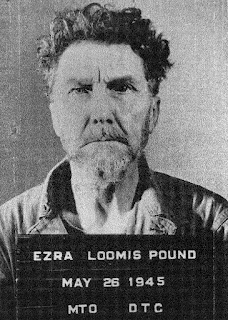 It's a mad, mad, world.  Today, April 14th, let's all stop taking anything serious.  We have no control.  The mad men of the world are still in control today as they were on this day in 1521 when Marin Luther gave a speech stating he was living on a diet of worms and was branded an outlaw by the Mega Church of that day -- much as I am today -- and went into hiding.  That's pretty "mad."

Lies can be mad too for on this day in 1943, Soviet Russian radio propaganda blamed their massacre of thousands of Polish Army officers on the German Gestapo.  In 1990 Russia came clean and admitted they were lying and had slaughtered the prisoners for safe keeping.  Today, the leader of Russia says he will fight a kinder war in Ukraine, of course, this was after the slaughter of another town where more civilians were killed.  Some things never change.

In 1966 on this day Communist China goes public with Mao's Cultural Revolution in an official news-paper calling for the stop of those in power who want to take the capitalistic route in trade with the Western World.  Silly, Mao, becoming a capitalist country was the greatest step for despot societies as proven by today's China and Russian oligarchies who launder their money through American politicians.

Yes, a mad, mad, world.  Oh, maybe the craziest thing about this day is that in 1958 the first member of the QAnon movement, American poet Ezra Pound, who had supported the despot Mussolini during WWII, was released from a Washington, D.C. state hospital for the criminally insane.  That's what they did with quacks back then.  Now, we make them world leaders.