Hamsa to the Rescue, and the Evils of April 20th.

In 1999 on this day, April 20th, the world changed due to the mass killing of 13 people by two teenage boys who then killed themselves at Columbine High School in Colorado.   Before this incident, schools had had their violence, other mass school shootings, rapes, kidnappings, etc., but none of them had the gravitas of the Columbine massacre, at least not in popular culture.  And it was this popularization of the killings that led to more killings as kids did it for fame.  Yes, fame, that second favorite tool of the Demiurge who owns this world and all things in it.  His first favorite tool?  Religion.

With the Columbine killings, division between the rich and poor has become more pronounced than ever; the rich, backed by profiteering churches and egotistic politicians, have used the school killings as a need for more programs called vouchers which takes public school money from our kids and diverts it to divisive private, privileged, and religious school; and all at the delight of the demiurge as 'We the People' become, 'We the Privileged' -- knights in the demiurge's army. 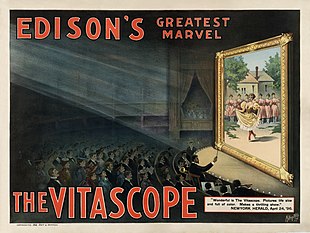 Yes, I hear what you're saying: "Without a healthy pubic school system we're fucked, okay, but what is esoteric about that?" Well, my dear initiates, as with most things esoteric if you open your eyes to see, you will see the demiurge's markings, for he leaves his evil clues for us in all that he does; for it is His way.  And the Columbine Massacre is no different, for example, in 1896 on this day the first commercial movie was played at Bial's Music Hall in New York City by a Vitascope projector.   A few years later on this day, 1909, Mary Pickford, the first Hollywood mega movie star, starts her first motion picture job, and by 1916 she is the sweetheart idle of the flicks.  Then, in 1926 on this day, Western Electric and Warner Bros. announces Vitaphone, the process of adding bullet sounds to the movies, and of course, in 1999, two teenagers with guns act out their favorite scenes from that year's box-office smash hit, The Matrix, a movie where a man in a trench coat, as the Columbine Boys were wearing, shoots the most people in a movie up to that time.  And all for fame, or better said, the demiurge.

The final fact to consider is that all this happened on the same day that  in 1889, the demiurge's favorite follower was born: Adolph Hitler, which will always make April 20th a special day for, all things evil.

So, what to do?  Well, the answer is simple, Hamsa.  That's right, you can either go into hiding and get rid of all your earthy belongings and try to go unnoticed by the demiurge as monks and priest have done for centuries, or, you can do as all religions, mystics, and mediums have done since the beginning of time, find a protective charm, and as charms go there is no one more useful against the demiurge than the Hamsa, which means five in Arabic, but predates the advent of Islam by thousands of years, and is still used for protection for those wanting immediate results.  In ancient Mesopotamia, it was the hand of Ishtar, to the early Christian's, it was the Hand of Mary or Eye of Providence which can still be seen on the US dollar bill; and to the Hebrews, it was the "strong hand of God," as pointed out in Deuteronomy 5:15.

The word Khamsa means 'five,' for the number of our fingers.  Lucky five was widely worn as a pendant, or worked into jewellery and fabrics as a decorative feature, and this highly stylized hand was believed to ward off the 'evil eye.'

It is the most common symbol from old times, but one that is hardly used today, and as a result my friend, evil has run rampant with control over our governments and religions.  So create yours today, or if you prefer, place your hand over mine and make a wish.  Not only will your wish come true, the evilness around you will run in fear as it as always done from our first encounter with light.