Democrats and Republicans Once Agreed on Earth Day. We Need That Spirit Today. Stop The LIes.

To get anything done in this the world it takes compromise.  That thing we no longer have in today's politics.  That evil thing that now divides the world between the Closed Minded Nationalist and Free Thinking Idealist.  Case in point, today is Earth Day, and it is a day we owe to compromise for it took both Democrats and Republicans to make Earth Day happen.  The idea was planted by Gaylord Nelson -- the great, great, grand son of the founder of The Republican Party --  when he suggested the idea to President John F Kennedy and the president agreed with him so much that he began talking about "ecology -- as it was known back then" -- in his coast-to-coast speeches; this resonated so well with the public that in 1970 the republican president Richard Nixon enacted the Environmental Protection Agency (EPA), which gave us the cleaner water and air we have today.

Unfortunately, many politicians, mostly Republicans, don't support the EPA because they see it as a hindrance to business.   And so our planet continues to get warmer, our ice caps melt, and mother earth is reaching her breaking point.

I grew up in the 60's before the EPA.  I lived in Detroit and could taste the smog in the air.  I swam with rolls of dead fish in the Detroit river.  I witnessed grease fires on the water from the standing toxic waste dumped upstream from one of the auto companies.  With the EPA, this was cleaned up with regular inspections.  If the company hadn't cleaned up their mess from the year before, they were fined.  The only way to get a capitalist leader to do anything for the good of the whole.

Today we are seeing results from the president Obama's Clean Air initiatives which forced the auto manufactures to reduce carbon emissions to a point the Republican taking heads cried would destroy the economy.  It hasn't.  And today with all the electric and hybrid cars on the streets from the incentives Obama gave them, pollution is down.

This is the good news for Earth Day this year.

Now for the bad news: Idiots like Michele Bachmann are still out there.  People who will lie about facts with no regards of the outcome.  Case in Point: In April of 2009,  Bachmann delivered this message from the House of Representatives

Do I even need to comment on this?  For those of you who believe her statement here, go put your face next to the tail pipe of a car and take a few breaths: it's a fact you will die if you don't stop. 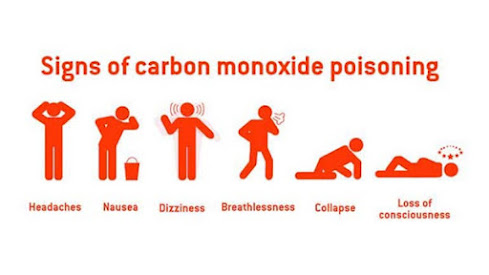 Update:  Michele Bachmann is now part of the "Donald Trump didn't lose the election" lie.  Has she no decency? This lie is threatening our form of an elective government.  And who benefits from this?  Well, in my humble opinion, Satan, the Demiurge, Vladimir Putin -- what did you expect? This is an esoteric blog.
Happy Earth Day Folks.  Be kind to the planet today.