Putin's Fake Reason for Invading Ukraine and Jewish Notes on this March 12.

So the Shirtless Warrior Vladimir Putin says he is invading Ukraine to stop Nazism.  Now, I've heard it all.  The fucking leader of Ukraine is a Jew.  If Nazism was a problem do you think the country would have elected a Jew?  Shit, the USA still hasn't crossed that threshold of decency.  Now, I am sure there are some Nazis in Ukraine, especially in the West where there is a fraction of e.i.e.i.o Nationalism that compares to the Nascar South in the USA, but no one really believes there is a Nazis stronghold anywhere in the Ukraine, although, there might be one after Putin destroys the country.  Where are the voices of reason?  Won't anyone do something?  Put down your fucking iPhone and do something.

Speaking of Nazis, here are some March 12th post from my past writings on this subject on this day: 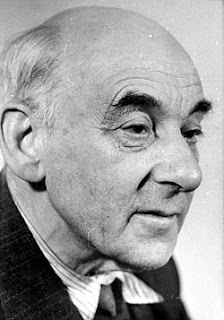 ...Foreman Hartwig, a man in his late sixties, quite emaciated, ailing, became friendly as I helped him with the labeling.  (The same ceremony every morning.  The foreman has to deliver the previous day's production, piled up on the tables, to the forwarding department.  He identifies the individual commissions according to the order notes, fetches the appropriate labels, brushes paste on them out of a pot, whereupon a girl usually sticks them on the boxes.  There is a tremendous shortage of workers; I produce little at the machine, so for the moment I am the paste girl.  So Hartwig asked about my former profession.  Then he said: "The Jews may be to blame for something, but that is not right...There will be nothing good anymore for us old people..."

"Foreman, I'm not allowed to say anything to that, I must not make any complaints, it could cost me my head."

"I know...I'm not allowed to talk to you either--but what good can the war bring us now?  My youngest is in Italy, he was in Africa first, my older boy is in the far north..."

"Were you in the First World War, Foreman?"

After that we told each other about lice, rats, hospital train, etc.

On this day in 1945, Anne Frank, the German Jewish girl whose famous diary describes her family's two years of hiding in the Netherlands, dies at the age of 15 in the Nazi concentration camp of Bergen Belsen. 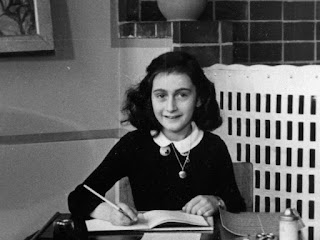