IN the news this morning three EU leaders visit Kyiv to show support for Volodymyr Zelenskiy, the Ukrainian leader who the Shirtless Warrior of Russia in closing in on.  Russia is bombing the shit out of everyone in Ukraine, a bombing not seen since the 30 year war.  Funny that all of this is happening on March 15th, the Ides of March. 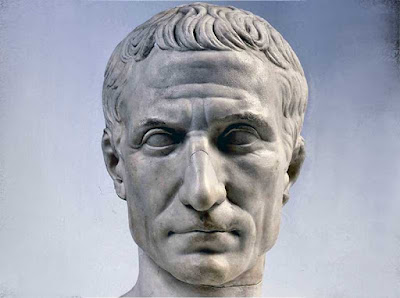 IN case you've forgotten, our first liberal leader was murdered by the top 1% on this day back in 44 BC.  That's right, The Ides of March and Julius Caesar.  What's that, you didn't know he was a liberal?  Well, yes he was.  He actually took money from the rich and gave to the poor by increasing taxes on the rich.  With this tax money he gave the people food, pensions, and most of all, dignity.  And like today's top 1%, the wealthy money Knights in Santa’s Christian Army didn't like it one bit and so the wealthy bastards had him killed.

"Beware the Ides of March!" the augur Spurinna had warned Caesar some days earlier.  But, Caesar didn't listen.  And so, mid-morning on the 15th of March Caesar set off for Pompey's theater where the Senate was meeting.  En route a friend handed Caesar a note with the details of the assassination plot, but Caesar simply put it with the other letters he was carrying, having no time to read it.

Entering the theater Caesar saw Spurinna among the crowd. "The Ides of March have come," he mocked.  "Yes," replied the augur, "but they have not yet gone."

Caesar took his seat, quickly to be surrounded by conspirators who pretended to be paying their respects.  One seized him by the shoulder, and Caesar shook him off, but as he turned away one of the wealthy Casca brothers central to the conspiracy stabbed him just below the throat.  The rest is history.  Taxes were cut and Rome failed.  Kind of like America today under Republican tax cuts.

So, let's see how this Ides of March 2022 goes.  Will the three leaders visiting Ukraine prove to be helpers or traders?  Only time will tell.  My bet is on the latter.

Update, 100 years ago on this day the first Dracula movie was released.  It was the Nosferatu movie and being released on March 15th had its issues, so much so the production company filed bankruptcy two weeks after its release, and Braun Stoker’s widow wife sued for copyright infringement and had all showings canceled and all of the originals of the film destroyed.  Fortunately, some of the released films were saved and so we still have it to watch today.  The truly creepy Dracula. 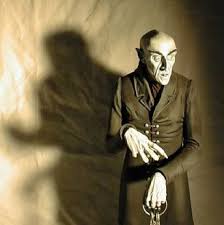 What does this have to do with today’s post?  The “Nosferatu” version of Dracula was the first one where Dracula dies from sunlight.  I for one believe the same will happen to the Shirtless Warrior once we expose all of his evil doings to light.  This war of choice of his has to stop.