So you want to be a Numerologist?   You've ordered the How To Be A Numerologist kit from the back of your favorite health magazine and believe you are ready to go, but are you?  Are you really prepared to know the numbers as so many of we Esoteric types know the numbers?  Let's see. 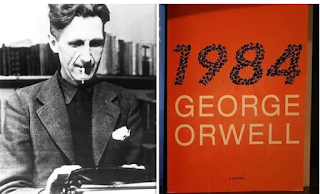 First of all, what Numerology isn't is math, well, not really.  There is some of that math stuff like the math I flunked out of in high school and had to retake as a developmental class in junior college, but the math is just basic addition and division, so don't worry.  Secondly, what numerology is is the effects and affects numbers have on one's life.  That's all, for in the end like George Orwell warned us in his book 1984, we are nothing more than numbers for number are everywhere and in everything, and by understanding the numbers, we understand our selves and the world that surrounds us.


Like many of the esoteric arts, it is hard to tell where numerology got it start.  There are records in ancient Egypt and Greece telling about the power of 3's, as well as the Mayans and Persians mathematicians who conceived a zero while Europeans were still counting sheep on their fingers and toes; however, those of us in the esoteric know, know with certainty that the numerology we use today has been handed down to us from the secret teachings of Pythagoras. Yes, Pythagoras. 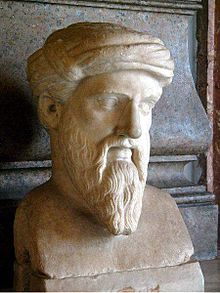 Pythagoras was born around 570 BC on the Greek island of Samos.

Pythagoras made influential contributions to philosophy and religious teachings in the late 6th century BC.

Many mathematical and scientific discoveries were attributed to him, as well as discoveries in the field of music, astronomy, and medicine, but Pythagoras is best known for the Pythagorean Theorem which bears his name.

The Pythagorean Theorem simple stated is... well, math so we're going to skip it.

Pythagoras and his disciples were the conceives of the "Golden Ratio" which is 1.618, the perfect analogy of the universe.  More math, so we won't go into this either.

Pythagoras started a liberal school where the students weren't allowed to talk for a year or look into a mirror beside a candle.  He taught them reincarnation, and the power of numbers.

Pythagoras and his disciples were the first to use the concept of "cosmos" and point out that the earth rotates around the sun.

Pythagoras was a vegetarian.

And most importantly for us, Pythagoras was a number freak and taught us that numbers are everywhere and in everything.

Now, for simplicity sake, numerology is nothing more than breaking numbers down to their simplest numerical form.  For instance, today's date is February 18, 2022.  That is 02-18-2022.  To get the numerical value we just add each digit separately like this:
0+2+1+8+2+0+2+2 = 17
So the numerical value for today's date is 17.  Since 17 can be reduced further to get the simplest numerical value, we must add 1 + 7 to get 8.  And so the numerical value of February 18, 2022 is 8.  So to understand what the numerological qualities of 8 are, we consult our favorite source which can be anything from an easy google search, to my favorite source, the the I Ching.
According to Affinitynumerology.com, "the 8 number represents energy that supports a rise in efficiency and realistic outlook. It's a day for large public works and big business to make agreements."
Not bad, but I prefer my I Ching which warns me "Closeness is auspicious.  If those with whom one associates closely are basically always upright and steadfast, then there will be no fault."
So if I combine the two together I would say today is a good day for a big project with people I trust.
Now, I know, there are those of you who are saying, wait a minute, a number can't tell the world for everyone.  To which I answer, you are wrong, yes it can.  Just as we all breath the same oxygen to survive, we all share the same numbers to exist.  Furthermore, just like with divination cards, it works if you want it to, and doesn't if you don't want it to. It's internal true: that spot deep in your stomach, just under your heart and above your spline that knows.  If you follow and allow what you know to be true to lead, it will guide you, if you deny it, it will fail you.  It's the esoteric law of truth.  It's the difference between the sages of light versus the toothless e.i.e.i.o's of darkness.  In other words, follow that feeling inside and it will guide you and show you the power of numbers in life.
Of all the numbers you can break down as I showed you for today's date, there is none more important than the Life Path Number which tells you where you've been and where you are going.  To get this number you simply reduce the numbers of your full birthday.  In my case, it is November 21, 1959, which is 11-21-1959,  which is 1+1+2+1+1+9+5+9 =  29, which is 2 + 9 = 11, which is 1 + 1 = 2.
Woo, all that to get to 2.  So, in this example the Life Path Number in is 2, which means when I walk into a bathroom, odds are the second stall is best for me.  Not always, but should be my default.  And if I look at the internet for meanings,  I find on Seventhlifepath.com that "People with a Life Path of 2 are natural peacemakers, and because they see all the viewpoints in any situation, handle difficult situations with grace, and tend to be persuasive rather than forceful when trying to get their point across, people may often look to them to be a mediator in any argument."
So, isn't is obvious that I am a peace/equality loving person trying to get his point across in a esoteric blog?  Seems so to me.
According to the I Ching, the number 2 is "The Receptive" number that "Strays at first, but then finds his/her direction."
Is it any wonder that I am an older gentleman who is finally getting this video/blogging thing down?  I think so.
Now, beside using numbers in numerology, we can also use letters, which brings us to the Pythagorean chart.  The Pythagorean chart is a chart that places a number by each letter of the alphabet.  This allows us to place a number value to any word, title, sentence, paragraph, etc.  Ouch, think of all the fun you can have with this.  For one you can get your destiny number by converting your FULL birth name (including any middle names) into numbers using the Pythagorean chart.

In my case, I can use the Pythagorean chart to convert my name Eso Terry thusly:

My life number is 8, which we've already defined.

Using this Pythagorean chart you can also get your personality number by calculating the consonants in your full name.  In my case it would be as such:

My Eso Terry Personality number is 1, and a quick internet search tells me that I am "fiercely independent, competitive, determined, and value my freedom."  Ouch, so me!  Now you see how I bring light to the esoteric with liberty, peace, and freedom for all people even the Bubbas who hate me!

Another number you can get from the letters in your name is your Soul Number by using only the vowels in your name, in my case it is easy:

So 7 is my Soul Number which even those who don't follow numerological events understand is a powerful number.  According to google the number 7 is "...a quest for knowledge, and it's actually considered significant in virtually every major religion — consider the seven days of creation in the Bible or the seven basic chakras in eastern traditions."

Man, I have esoteric written all over me.

Okay, so we have to stop here. I told you that this wasn't math and it isn't, but there are times when we don't reduce numbers to their simplest form and so I actually was wrong in breaking down my birthday.  That's right, if you remember I started earlier in this blog that my birthday is November 21, 1959, and when I reduced it it came to the number 11, which I then broke down to 2 by adding the 1 + 1 = 2.   I should have stopped you there and told you we don't reduce an 11 because it is a Master number.  I didn't because I wanted to keep it simple.  Truth is, we don't reduce Master numbers.  Master numbers are 11, 22, or 33. They have deep and powerful meanings of their own. The true meanings can be good or bad depending on the context, and shouldn't be broken down -- as I did on purpose so I could have this chilling ending to today's post.

Master number 11 can relate to “instinct” and “faith.” Similarly, it could signify fear and anxiety, and so has to be carefully read.

Number 22 is the Master Builder.  It is the most powerful indicator of ambition and success, though often requires guidance or different perspectives.

The number 33 has various meanings as one of your core numbers i.e. Life Path, Expression, Personality, etc. Not forgetting that all of these master numbers can be combined to form entirely different meanings in partnership with others, or as a triangle of enlightenment.

So, my birthday number of 11 actually is considered a Karmic number in numerology, which means that it is associated with spiritual awakening.  This mystical number is said to offer insight, higher energy, inspiration, and creativity to those who use it in numerology.
Well, I think that pretty much sums my credentials on the subject.
And in closing, go ahead and have fun with numbers, that's all.
A =  1
L =  3
L =  3
______
Total = 7
(...the number seven represents curiosity and a quest for knowledge).