March 25, Evil Josh and Ted, Ketanji Brown Jackson, and Howl: a message from my Spirit Guide who likes long-ass titles. 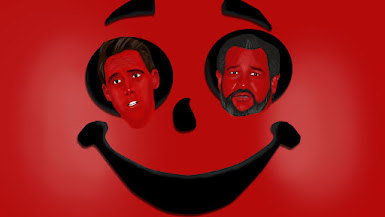 Another March 25th and the heavenly deities are out today.  My spirit guide tells me we should expect peace in Ukraine any day now, and Justice in the USA.   Not sure how this will play out but I'll keep you updated.  Looking at my earlier post on this day I'm reminded that the Church's prosecution of Joan of Arc was in full-tilt boogie on this day in 1431.  In the trial records she asked to hear mass.  Of course the madman church wouldn't do it.  All she had to do was lie and say she didn't hear god (or her spirit guide as I am told by Viola, my spirit guide), but she wouldn't.  Yes, she was a witch in the minds of the male clergy who said, "No woman can speak to God, God wouldn't have that (I paraphrase)."

Funny that in this year 2022 of our lord, the first black woman, Ketanji Brown Jackson, has been appointed to be a judge on the highest court in the land, and boy does this have the QAnon Men angry.  Case in point, instead of asking Jackson factual questions about law, Josh and Ted wanted to know about her connection with a Child Pornography case that the QAnon conspiracy nuts believe support their belief that "Everyone who didn't support Donald Trump and Vladimir Putin are involved in a child pornography ring where they meet for pizza on Friday nights."  What the Fuck!  The question was asked by Sen. Josh Hawley, and then by Sen. Ted Cruz, who should have been escorted out of the building at that moment and driven to the E.I.E.I.O CRAZY FARM.

Rest in peace Joan of Arc, repent and face the truth, Josh and Ted.

Speaking of persecuted woman, on this day in1692 John Proctor of Salem Village encountered Samuel Sibley at a tavern for an ale and asked, "how are the folks of the Village?" 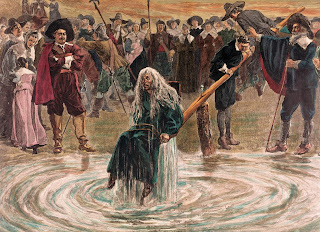 "Very bad last night," Sibley answered, "your maid (Mary) is at it again, she is practicing magic."

Proctor:  "I'm going there now then to fetch the jade (A jade is a worn-out horse, a term, when applied to woman is comparable to 'bitch').   If they are to continue (he was upset they had been hanging out laughing), we should all be devils and witches quickly.  I tried to keep her busy at the spinning wheel and threatened to thresh her if she tried that again.  It worked, too, until I had to be away...."

Finally, on this day in 1957, 520 copies of Allen Ginsberg's book of poems called "Howl and Other Poems" were seized by U.S. Customs agents.

Why did these words scare the establishment?  Well, the Attorney Generals Office wrote: “Howl”’s candid description of illegal drug use and homosexuality, graphic language, and profanity" were the problem.
On a closer examination, however, one finds that the real problem the establishment had with the book is the same it had with the hippy movement in general: a condemnation of the soulless, materialist, money-obsessed obscenity of American society and its treatment of minorities.  That was the meat of the poem "Howl." 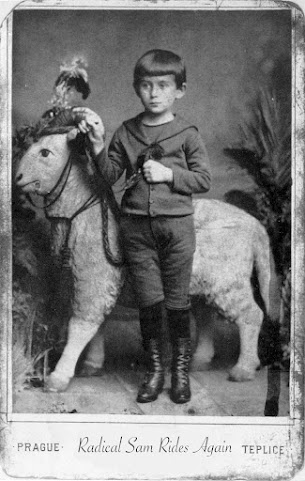