Let's forget about today's news that Russia promised a cease fire with Ukraine but then bombed the shit out of them.  It happens in a greedy world where everything the top 1% touches turns into gold, or wars.  Let's focus on March 7th itself.  What a day, what a day.

As with any day in history, we will start with the persecution of woman. 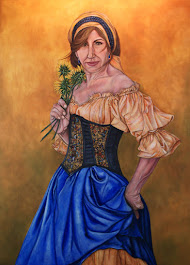 In the year 1770, the English Parliament debated a law to punish wily women.

The authors of these frauds, the bill said, "shall incur the penalty of the law in force against witchcraft and the like misdemeanors and the marriage, upon conviction, shall stand null and void."

Given the technological backwardness of the times, the bill failed to mention silicone, liposuction, Botox, plastic surgery and other medical and chemical innovations.

Of course, when it comes to persecution of the lower classes woman are not alone.  On this day in 1932 four labor protesters were shot to death by Henry Ford's militant Christian Knights in Satan's Army (Ford was an Episcopalian and once said, "With God in charge, I believe everything will work out for the best in the end").  This sure made the top 1% happy to see peasants like you and me put in our place when asking for more money from their profits.  Don't think this move hasn't been thought about by today's Starbucks and Amazon as they see their power being threatened by the rising labor movement.

Speaking Christian Knights in Satan's Army (Yeats remained a Protestant his whole life), on this day in the year 1890, the poet William Butler Yeats was initiated into the Isis-Urania Temple of the Hermetic Order of the Golden Dawn.  There, he studied the magical arts and took the magical name Daemon est Deus Inversus (The Devil is God Reversed.")


Dr. John Kellogg might not have been a Knight in Satan's Christian Army, but he was a 7th Day Adventist, and on this day in 1897 served his first cardboard (cornflakes) breakfast to its first customers: mental patients in a Battle Creek Michigan hospital who seemed to like the cereal way better than the dirt on the floor they had been eating for breakfast -- according to my spirit guide Viola.
Finally, a man who tried to point out the evil plan of the Christian Knights in Satan's Army in his films, Stanley Kubrick, died on this day in 1999.  Personally, I haven't been able to watch another America film since.  Sad, but true.
~~
Dr. TV Boogie

I leave you with these still shots from some of my favorite Kubrick films. 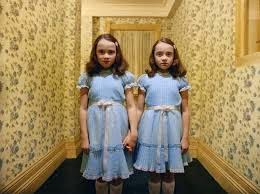 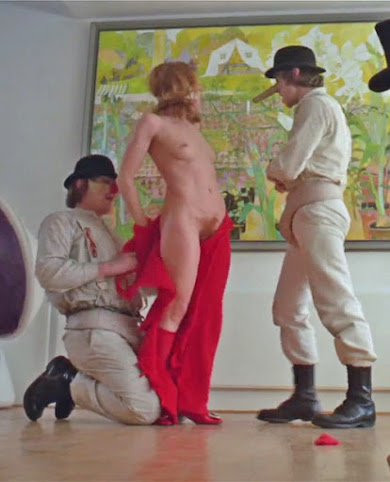