Lab Monkeys Killed on Highway: A Sign of The Times.

How can we go forward if we don’t know which way we are facing?

That questioned asked by John Lennon in song comes to mind today as I read the story on my news feed which reads “All 100 Lab Monkeys Accounted For After Several Escape Crash.”

Seems a truck towing a trailer load of 100 lab monkeys collided with a dump truck on a Pennsylvania highway on the 21st of January, and several monkeys escaped.

If you’re like me you pictured in your mind 100 Disney Characters dancing for joy from their return to freedom.  Unfortunately, that’s not the true picture of events. These monkeys were Lab Monkeys.   That’s right, captives of the Planet of the Humans on their way to testing shampoos, diet pills, and whatever else someone is trying to make a buck on. Victims of greed. But you don’t care, your labradoodle has organic meat to eat and better health care than 99% of the world’s populace.

Thank Jesus you’re not a lab monkey. Thank Jesus your labradoodle is too cute to eat or test on. Thank God Chic-Fil-A doesn’t consider dog a tasty Christian meal.

The container the monkeys are transported in! Talk about trauma. 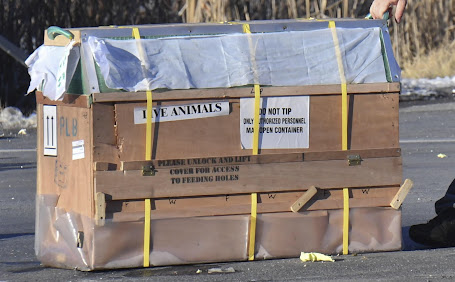 Other photos you may have missed: 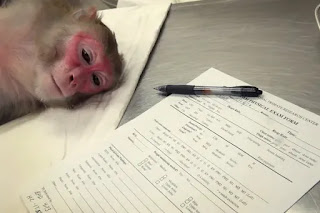 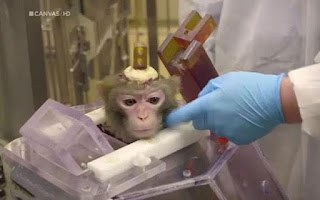 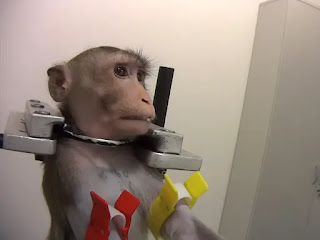 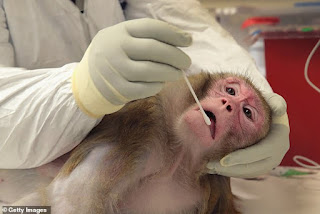 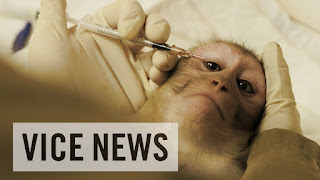 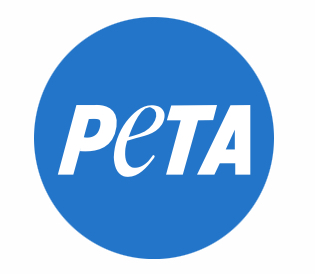