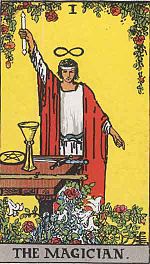 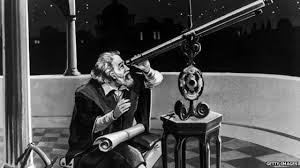 On this day in 1613, the Italian astronomer Galileo records a star that might have been the planet Neptune, but cloudy weather prevents him from further observations, and Neptune went unconfirmed until 1846.  Pieces were still without a solar planet until 1846, as Scorpios would be until the discovery of Pluto on February 18th, 1930. 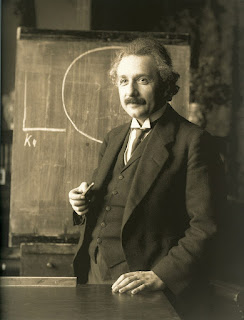 On this day in 1921, Einstein theorizes that the universe can be measured. 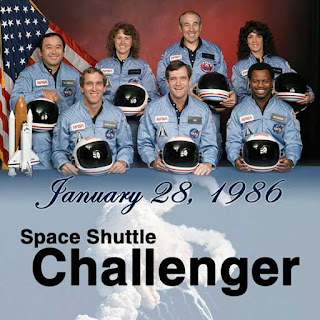 In 1986 on this day, the space shuttle Challenger lifts off from Cape Canaveral, Florida: 73 seconds later it explodes, killing the crew, which included high-school teacher Christa McAuliffe.   Millions of children were traumatized as they watched the live television feed from their classrooms.  Schoolrooms wouldn't be exposed to such a tragic event again until September 11th, 2001, when then President George W Bush read (poorly, and upside-down, I might ad) My Pet Goat to an elementary classroom after having been notified that the World Trade Towers in New York were under attach.  For those of us in the esoteric, it was obvious he had to complete the reading of the sacrificial goat for the dark powers he serves who were intentionally sabotaging the buildings for another profitable war.  Don't believe me?  Okay, then think about this:  while Bush was reading the book, the elementary school children were reciting the words:  "Kite Hit Steel, Plane Must."

What are the odds people?

9/11 is playing out while these kids are chanting five words and three of which are Hit, Steel, Plane!  Oh, and even more disturbing for those of us not drinking the Conservative Messiah Kool-Aid, Bush enters the room at 9:05am and leaves at 9:14am, so the words were being spoken at exactly 9:11am.

See for yourself.  Here is the video of the event as it happened, commerical free from your friends at withinfilm.com:

Wishing you all bright light on this glorious day, which in the old Norse days, was known as the Festival of Fire, or Up-Helly-Aa.  It derived from the old Yuletide celebration of the triumph of the Sun over the darkness of winter and pays tribute to the old Viking gods and goddesses with the burning of a replica of a Viking ship.

Boys will be boys. Engelmann and Elaine C. Bruner (1997)THE PET GOAT
A girl got a pet goat. She liked to go running with her pet goat. She played with her pet goat in her house. She played with her pet goat in her yard. But the goat did some things that made the girl's dad mad. The goat ate things. He ate cans and he ate canes. He ate pans and he ate panes. He even ate capes and caps. One day her dad said, "That goat must go. He eats too many things."
The girl said, "Dad, if you let the goat stay with us, I will see that he stops eating all those things."
Her dads said, "We will try it."
So the goat stayed and the girl made him stop eating cans and canes and caps and capes. But one day a car robber came to the girl's house. He saw a big red car near the house and said, "I will steal that car." He ran to the car and started to open the door. The girl and the goat were playing in the backyard. They did not see the car robber.
THE GOAT STOPS THE ROBBER (next story in the series)
A girl had a pet goat. Her dad had a red car. A car robber was going to steal her dad's car. The girl and her goat were playing in the back yard. Just then the goat stopped playing. He saw the robber. He bent his head down and started to run for the robber.  The robber was bending over the seat of the car. The goat hit him with his sharp horns. The car robber went flying. The girl's dad ran out of the house. He grabbed the robber. "You were trying to steal my car," he yelled.
The girl said, "But my goat stopped him."
"Yes," her dad said. "That goat saved my car."
The car robber said, "Something hit me when I was trying to steal that car."
The girl said, "My goat hit you."
The girl hugged the goat. Her dad said, "That goat can stay with us. And he can eat all the cans and canes and caps and capes he wants." The girl smiled. Her goat smiled. Her dad smiled. But the car robber did not smile. He said, "I am sore."