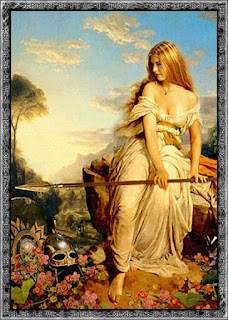 My year of discontentment is over!  I have my Covid shot 1 of 2,  work is picking up, and I'm cancer free!  This has to be the reason I keep seeing the numbers 444.  It first happened after I had the spot of cancer removed from my right lung, I woke up one night, looked at the clock and it read 4:44 exactly.

But then it happened again at the exact time the next night: the clock read 4:44 when I woke from sleep.

And yes, a third day I woke up from a nap in the middle of the afternoon and looked at the iPhone clock and it read: 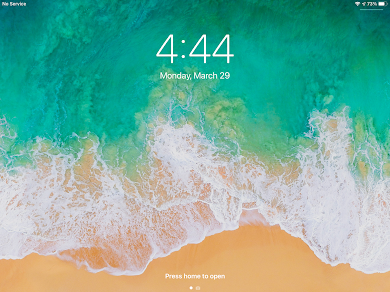 So after seeing the number three times I knew it was more than coinkydink, and so began my research of 444 by googling 444: 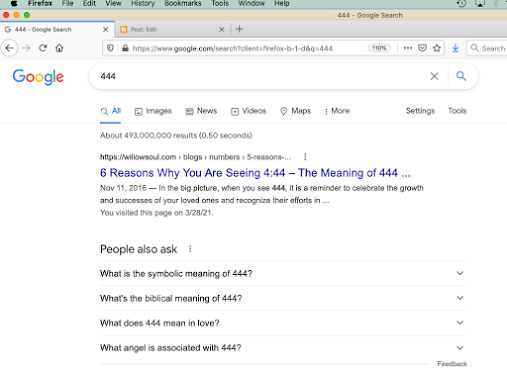 According to willowsoul.com it is a sign from my guardian angel saying "You're not alone...Departed Ones Are Sending a Message...You Are On The Path to Spiritual Awakening."

Wow, I had chanted before I started seeing the 4's for my deceased mother to send me a message.  I have a picture of her on my Buddhist altar and looked at it and said, "If you can, give me a sign, I'm tired of wondering."

And so the 4's stared appearing.  More importantly, I hadn't heard from my Guardian Angel since I had a car accident in my 20's and she grabbed me from behind and whispered in my right ear "It's Going To Be Okay." My 1963 Volkswagen Beetle had been demolished and I woke up outside it with a group of people standing over me.  Somehow I had been lifted up by my angels arms and placed outside the car.  That was 40 years ago.

So for those of you who don't believe in Angels, or worse, think they are things from a Christian God only, you're wrong.  We all have a guardian spirit who comes to us in need, if we open to it through prayer no matter what definition we give it.