So much to write about but not enough to say.  That's the matrix-glitch we are entering.  Donald Trump is hosting the Republican National Convention without... Republicans.  Well, at least, without goodhearted Republicans.  On the first day of the RNC more than 2 dozen former Republicans have come out and said they will vote for Joe Biden.  These aren't fickle people either.  Among the list are former Sen. Jeff Flake of Arizona and former Rep. Charlie Dent of Pennsylvania.    On the list is also my former mayor Steve Bartlett who was a Reagan "Trickle-Down" guy: the thought of him voting Democrat makes my head spin to say the least. 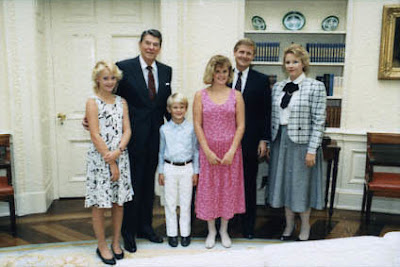 This really reminds me of the 80's when Democrats were jumping ship from the Democratic Party to the Republican Party like woman and children being tossed into life boats on the Titanic.  The list is over fifty names with the most notable at the time being Senator Phil Gram of Texas who resigned as a Democrat Senator and then ran as a Republican and won his seat back.   Gram was one of many who were doing it: Condoleezza Rice switched from Democrat to Republican in 1982, that same year Eugene Atkinson switched from Democrat to Republican after a phone call with Ronald Reagan; and probably the most notable of all, Mike Pence.  That's right, Mr. Anti-Abortion guy himself voted for Jimmy Carter over Ronald Reagan in 1980, but then saw the tide shift from Less Government to the More Christian Right's and got on the winning side.  It was a hard time to understand for this young liberal guy trying to carry the flag of equal rights and fair distribution of wealth.

I lived through that conservative shift where I saw the country go from "Marijuana will be legal in a year," under Jimmy Carter, to "Just say 'no'" under Ronald Reagan.  I saw "worker's rights" go to "right to work" without a union; I saw "separation of church and state" to protect all faiths,  go to "this is a Christian country, only."  And most disturbingly, I saw "fiscally conservative" go to "cut taxes and increase debt to blame on social programs."  It really is that simple.  Ronald Reagan had a plan to increase the debt so much we would have to cut social programs.  He called it "starving the beast."  Under Ronald Reagan we had our first Peace Time deficit over a trillion dollars, and no one talked about it.  Fortunately, the Dot Boom craze came under President Clinton and the budget was balanced again, and social programs were saved.  Then came along Bush 43 and he created another debt disaster and had finally achieved Ronald Reagan's plan.  Fortunately for the USA, Bush 43 was from a moderate background and couldn't let the country go through the breakdown they had planned to kill Social Security; and instead of letting it all fail, as planned, Bush let the Democrat Party save his ass with a bailout.  Of course, President Obama put us back on track and turned over a functioning, growing economy to our current president who has finally found a way to break everything so bad we are seriously thinking of cutting all social programs from the post office to social security.

Yes, it all began with Ronald Reagan and ends with Donald Trump, the 'nalds of democracy I call them.