God has had enough and wants His Republican Party back.

So here we are in our world filled with changes.  So many I know not where to start.  Okay, how about here:  Melania Trump has changed the rose garden from a colorful array of brightness and light, to a sombre display of dark macabre to match her husbands darkness.   Obviously she knows his days in office are numbered.  She knows his crazy karma is why 2 hurricanes are landing on the USA tomorrow and that the asteroid I have been warning you about that the gods are sending to warn us not to reelect the dark-knight-is-Satan's Army to a second term, is now on target to hit Washing DC this November.

Last night I was awakened by the dream of an angry cat snarling at me.  I awoke just as it had leaped for my head.  I knew then that I had better get back on track with the reality of this Trump thing.  The reality that not only will love and decency come back to America when he and his Knights In Satan's Army are gone, but when the beautiful conservative people wake up and join hands with us liberals to finally end poverty and inequality in the world.  It's happening.  I know I say a lot of bad things about Republicans, but there was a time I didn't.  A time when the Republican was not an NRA Quake-Anon.  They believed in less government, but also, good government.  They believed social problems were best left to the states, not the Supreme Court.  They were good people but were pushed out as Moderates by the NRA, Tape-Her-Legs-Together wackos.  The NRA Quake-Anon nuts now totally rule the Republican Party.  That's sad.  And, that's why a massive asteroid and numerous hurricanes are headed straight for us:  God has had enough and wants His party back.

Here is a photo of Melania's Knights In Satan's Army Rose Garden: 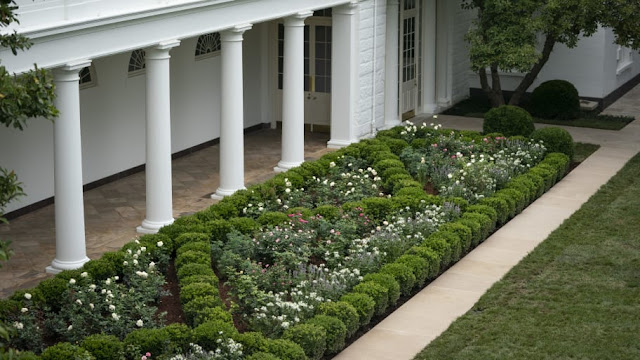 It looks like it belongs in one of Mussolini's fascist buildings. 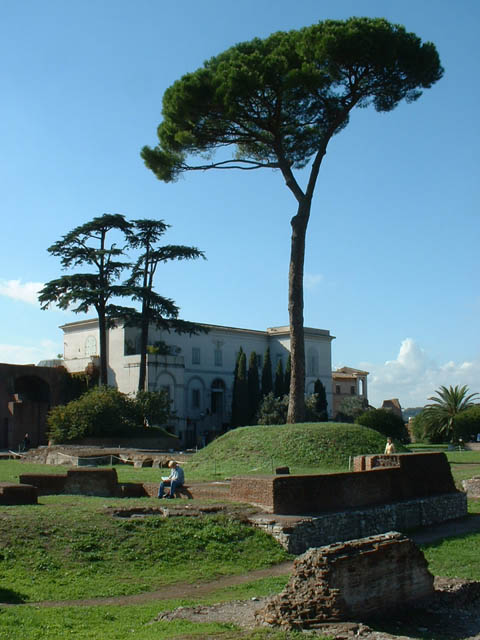 House built by Mussolini looks like a good fit for Melania's Rose Garden.