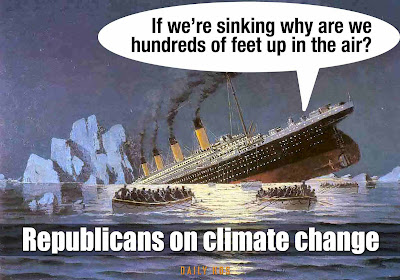 So, if you are like me you have to wonder why the top 1% of wealth owners don’t care about the destruction of the earth they are profiting from.  I mean, they work so hard to leave their children a shit-load of money so they continue the life of privilege they deserve, so why don’t they want to leave them a earth that isn’t a dust-bowl from Climate Change?

The answer is simple.  They have an escape plan.  That’s right, it their glutton minds, they believe they can hop on a raft boat and float away to another planet — they probably are already cultivating — and live happily ever after there, and leave us here to fend for ourselves as they have wanted all along since Henry Ford wrote the book on the value of the working class and people of color:  cogs in a wheel, expendable once they can’t work the assembly line of profit for them.

I’ve written about this Secret escape plan before  (See Modern Day Noah’s Ark.)
In today’s news, the two-year shack-down cruise was successful.    So don’t expect them to change their Climate Denying Plans anytime soon:  Here are the details:


After a record-breaking 780 days circling the Earth, the U.S. Air Force's mysterious X-37B unmanned space plane dropped out of orbit and landed safely on the same runway that the space shuttle once used.

It was the fifth acknowledged mission for the vehicle, built by Boeing at the aerospace company's Phantom Works.

"Today marks an incredibly exciting day for the 45th Space Wing," Brig. Gen. Doug Schiess, 45th Space Wing commander, said in a statement. "Our team has been preparing for this event, and I am extremely proud to see their hard work and dedication culminate in today's safe and successful landing of the X-37B."

As in previous missions, many of the details about the vehicle's activities in the past two years are being kept under wraps. One experiment was to "test experimental electronics and oscillating heat pipe technologies in the long-duration space environment," according to the Air Force statement.
Randy Walden, the director of the Air Force Rapid Capabilities Office, said the latest X-37B mission "successfully hosted Air Force Research Laboratory experiments, among others, as well as providing a ride for small satellites." 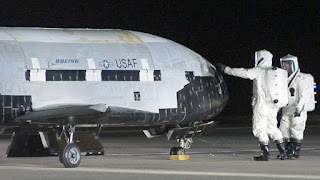 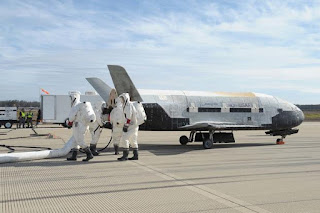