Are we building a modern day Noah's Ark for the Alt Right? 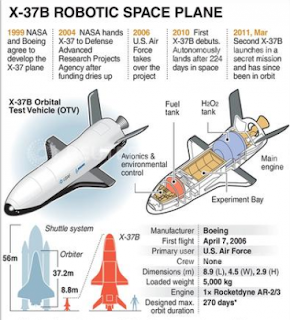 Are we building a modern day Noah's Ark? And if so, by and who for?

On May 20, 2015, the US military launched the unmanned X-37B plane and it has been circling the Earth on a top-secret mission with no details on when it'll come back to land. This isn't the first time we've launched such a flight according to space.com, there was a mission in 2011 which spent 468 days orbiting the earth.  Then there was another mission that spent 675 days in orbit without so much as a hint to its purpose.  Each mission appears to get longer and longer.

Why would we want to orbit in space above the earth for years?  One reason of course is space travel.  You know, the two years or so it would take to get to Mars.  And if this is truly the reason, more power to them; however, there is another possibility.  And you won't like it.

The first possibility for long-term flight above the Earth might be to protect the human race from a natural disaster such as an asteroid headed right for us: not too far fetch considering that only last month an asteroid popped out of nowhere and came within a few miles of hitting the earth.  Could happen.

So, what if this X-37B is a safety flight to put humans in space above the earth to rotate the ten or fifteen years it might take for pockets of habitable Earth to open up for a return to begin repopulating our species?   Interesting thought to say the least.  Not a bad idea really, a modern day Noah's ark, but instead of two of every animal, two of every race. That could be a beautiful thing.  Unfortunately, with today's Neo Nazis in the USA and Brexit in England, highly doubtful.  The more alarming possibility is it is a tool to correct the Nazi Problem.

Much has been written about the new Alt Right.  Which isn't actually new to some of us who believe the Nazi Party never died. And with this Neo Nazi resurgence in the USA, one has to wonder if Putin and Trump know about this outer space escape and are planning to use it to allow a massive extension to take place on Earth only to return to populate the planet with Orange people? 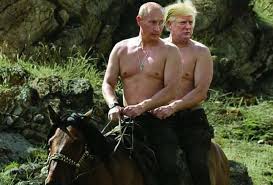