Excerpt from “The Hand Book of Idiotcy” written in 1856 by James Abbott, M.A..

(Modern pictures added by the staff of EsotericDaily.com)

“The popular notion of an Idiot,” says Mr. Charles Dickens, “would probably be found to vary very little, essentially, in different places, however modified by local circumstances.  To the traveler in France of Italy the name recalls a vacant creature all in rags, gibberish and blinking in the sun with distorted face, led about as a possession and a stock-in-trade by some phenomenon of filth and ugliness, in the form of an old woman.  In association with Switzerland, it suggests a horrible being, seated in a chalet door (perhaps possessing sense enough to lead the way to a neighboring waterfall), of stunted and misshapen form, with a pendulous excrescences dangling from his throat like a great skin bag with a weight in it.  In the Highlands of Scotland, or on the roads of Ireland, he becomes a red-haired Celt, rather more unreasonable than usual, plunging ferociously out of a mud cabin, and casting stones at the stranger’s head.  As a remembrance of our own childhood in an English country town, he is a shambling, knock-kneed man, who was never a child, with an eager utterance of discordant sounds, which he seemed to keep in his protruding forehead, a tongue too large for his mouth, and a dreadful pair of hands, that wanted to ramble over everything — our own face included.

Does this sound familiar?

So, making fun of the French because they couldn't defeat the Germans without the US in WWI and WWII in not a noble thing.  But Sir Donald Trump has done this.  He is an idiot.  Here's the tweet Trump gave: 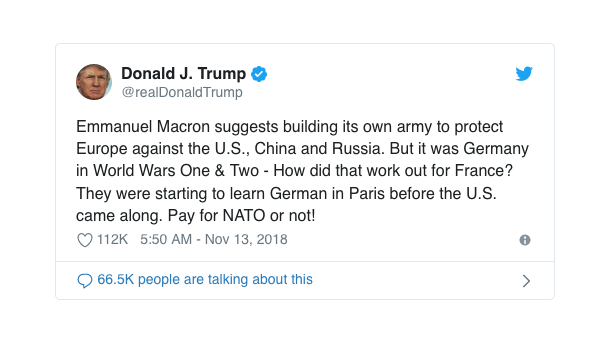 This is even beyond idiot Talk Show host like Hannity and Limbaugh.  I mean, it's like Emmanuel Macron cracking a joke about the US not achieving its mission in Vietnam after they had failed there too.  What Trump doesn't realize is it took all the powers of the world to beat Nazism, not just the USA. 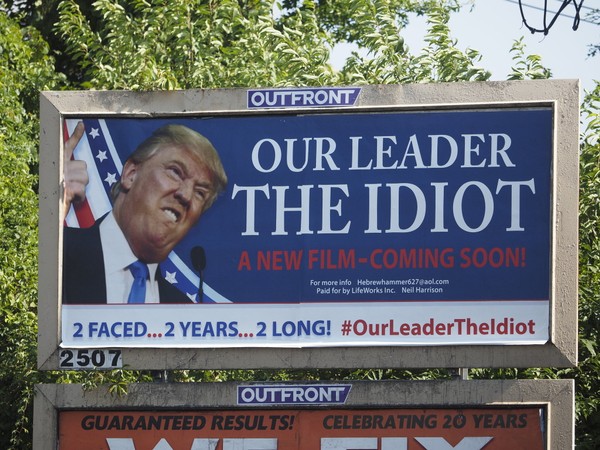