Yes, progress is scary.   It is why the world is in the mess it is in today.   You know,  with gay acceptance, woman rights, and religions finally being recognized as the lies they are, a lot of people are scared and crying to go backwards, hence, we have the Donald Trump movement, a movement that is trying to stop the progress the world has made in the last fifty years by Making America Great Again.  This crazy Trumpism can be likened to a letter Van Buren -- before he was president -- wrote to President Andrew Jackson back in April 1829. 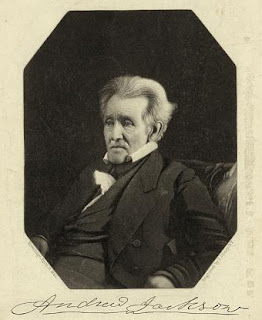 The canal system of this country is being threatened by the spread of a new form of transportation known as railroads.  The federal government must preserve the canals for the following reasons:

One—If canal boats are supplanted by railroads, serious unemployment will result.  Captains, cooks, drivers, repairmen and lock tenders will be left without means of livelihood, not to mention the numerous farmers now employed in growing hay for horses.

Two—Boat builders would suffer and towline, whip and harness makers would be left destitute.

Three—Canal boats are absolutely essential to the defense of the United States.  In the event of the expected trouble with England, the Erie Canal would be the only means by which we would move the supplies so vital to waging modern war.

As you may well know, Mr. President, railroad carriages are pulled at the enormous speed of 15 miles per hour by engines which in addition to endangering life and limb of passengers, roar and snort their way through the countryside setting fire to crops, scaring the livestock and frightening women and children.  The Almighty certainly never intended that people would move at such breakneck speed.

Seven years later, Van Buren was elected the eighth president of the United States without the support of Russian hacking.   Hmmmm.... 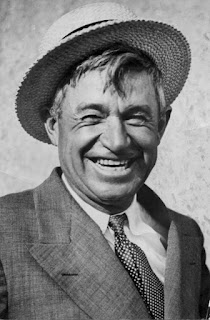 Speaking of going backwards, how about this quote from Will Rogers:

“Something ought to be done about these ‘primitive’ people who live in various parts of the world, and don’t know a thing but to live off what nature provides.  You would think they would be civilized and learn to live off each other like us civilized folds do.”


On this day in ancient Rome a festival of the Neptunalia celebrated the divinity of the sea god Neptune and his wife Salacia, goddess of the wide-open salty sea and the inland springs of highly mineralized waters.  It is believed that the goddess Sulis, who is still worshiped at the sacred hot springs in Bath, England, is an aspect of the goddess Salacia.