My Pagan Reason? It is a Root Religion.

This was the last-thing I was told by my ex-girlfriend as she completed her bucket list of the reasons she was ending it.   Out of them all, too emotional, too poor, too proventual, etc., the Pagan one really bothered me for she wasn't religious at all, at least, not sober.  And so I'm am alone again and pretty much content, destined to date a witch I guess.  Which Witch -- I had to throw that in there -- I don't know. 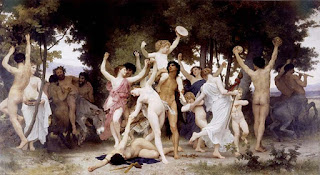 So, I am here this Sunday morning to talk about my Pagan beliefs and why, Paganism is really not a thing.

Like most Americans, I was a Christian, accepted Jesus as my savior at seven and dunked in the glass pool at nine.  The baptism was splendid, for, also being dunked that day was Laura Luciana, a neighborhood girl I had a crush on, beautiful Italian eyes, and a well developed body for her age.  When she came out of the water and walked past me her wet robe showed her nipples, and so I went into my rebirth somewhat excited.

I really tried to follow the law, but, was led for fun and became someone a rebel playing in a rock band.   After a few years of that, I found the lord again and for a year I went to church three times a week, listened to Christian rock, and met the youth group for coffee and eggs at the local Denny's.   Eventually, that would get old though because of the judgement of others.   You see, "judging" is the one thing all Christian faiths have in common, shit, they even have a chapter in their good book called Judges.  Oh, they will tell you they don't judge, but they do.  Along with this judging it was the snobbish statements about other faiths, like, Mohammad was a phony who raped woman and children; meditation is opening the doors to Satan, and a woman should serve her man, it's God's will.

Around that time, I was working in a music store teaching guitar while I went to a local Christian college.   I shared a teaching room with an old southern piano teacher who's name was, wait for it, Mrs. Southland.  No shit.  She was a victim of her time but tried to be forward thinking by telling me she really like Charley Pride -- one of the few black country music singers, ever -- and she thought he was handsome.   It was code-speak for: why can't all black people be like him, then there wouldn't be a problem.  She also told me about her preacher grandfather who once told her:  Nancy -- her name was Nancy -- one of these days the world will be so churchy and the church so worldly you won't be able to tell the difference.

That phrase stuck with me as I watched the Christian faith try to weasel its way into pop culture and all of a sudden, Christians were drinking Coors Light beer because if Jesus were here it was the beer he most likely would drink; laughing at environmentalist because they were trying to save a world headed for Armageddon which didn't included them; and wearing thong bikinis on the beach to show-off their Jesus sun-tattoo on their butt cheek.  Yes, the Christian faith I thought was above all that, had become that.  And so I prayed, I prayed to Jesus as a matter of fact, and long story short, was led to Buddhist meditation, which, alternatively led to my seeing that true spirituality was bigger than Buddha, Jesus, or Mohammad, and I asked myself: What was it we had before they came along?  And the answer was: The human being and the divine are intimately related to the extent of sharing a mutually kindred nature.  And so I contrasted what I knew about the Big Three faiths with what was before my eyes and realized that they came in large part in contrast to the indigenous paganism they encountered.  And to me, this was a crime.  I needed to get back to what had happened before the cults.  Back to the truth.  Back to the root religion in us all. 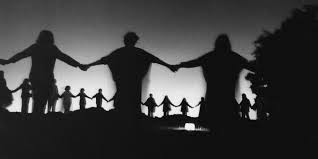 Join us next Sunday when we discuss Who Was Amen?