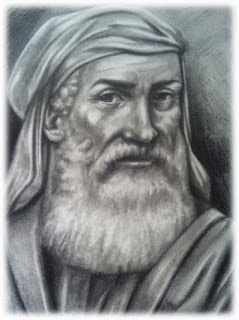 So what is really happening in the world?  I think one can answer this by remembering the philosopher Empedocles.   I know,  he is a joke to most professors of philosopher because of his beliefs that we came from body parts that roamed the earth until they all evolved together into the human species we now call "man"; this theory stated that a lung and foot hopped around until it was eaten by a more developed lung, foot, and leg.   Okay, so the guy did mushrooms. 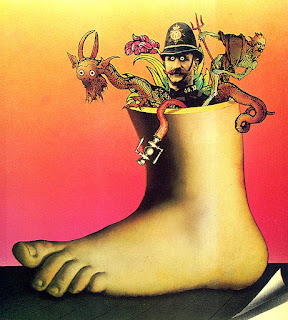 The other thing that makes philosophy snobs laugh is the fact that Empedocles thought he was a god, and so ended his life by jumping into the Etna crater to prove it.  If he only would have showed up three days later with a woman at hid knees... but I digress.

He wasn't a god, what he was was a philosopher who is credited with giving us the fact that "air" is "matter."  His reasoning for this was that when water is spun around in a bucket on a string, it doesn't come out because of the air holding it.   Out of this, he opined that there were four elements -- although he didn't call them elements -- of fire, water, earth, and air. 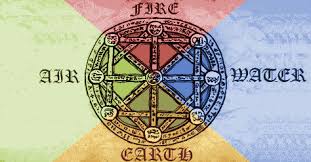 Not a small feat for a man who lived in a time when losers of an election were killed by the winning politician.    A thing the Trump MAGA followers undoubtly wound like to see us return to.   This brings us to the thing I most appreciate from Empedocles: his love cycle.

Empedocles believed that the world had begun in "love" or "Philotes" until the "strife" force,m or "Neikos" took over.

According to Empedocles, the Goddess Love and the God Strife, offspring of Night (Nux), were ancient deities, predating the Olympians. The original golden age was the Reign of Aphrodite, when all things were united and Love permeated the length and breadth of the well-rounded cosmic sphere. But Strife, as the River Styx surrounding the Sphere, broke its Unity, and cleaved the One into Many. It divided the four elements, which ever since combine and separate under the opposing actions of Love and Strife to produce the changing world with its manifold objects and qualities. As Heraclitus said, "Through Strife all things come into being." Empedocles said that Strife also divided the one immortal soul of Love into many individual souls, each comprising both Love and Strife in some proportion; these immortal souls are reborn time and again into mortal bodies, which are animated by mortal souls compounded from the four elements. 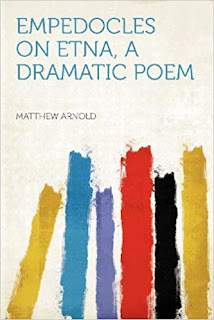 And so you have it boys-and-girls: the best explanation I know of to explain the Donald Trump "strife" the world is suffering now.  And as Empedocles knew, "love" will come back around and totally devoid the guy.  Soon I hope. 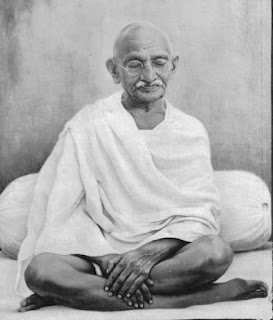 Four days before his assassination on January 30th, 1948, Gandhi explained that his escape from an assassin’s bomb the week before “was God’s mercy,” adding, “I am quite prepared to obey His order when it does come.  I talk of leaving Delhi on February 2, but I do not myself feel that I shall be able to go away from here.  After all, who knows what is going to happen tomorrow?”

On the night before he was killed, he said, “If I die of disease or even a pimple, it will be your duty to shout to the world from the rooftops that I was a false mahatma.  Then my soul, wherever it may be, will rest in peace.  But, if an explosion took place as it did last week, or somebody shot at me and I received his bullet on my bare chest without a sigh with Rama’s name on my lips, only then should you say I was a true mahatma.”  The following day he received three bullets in his bare chest and dies with Rama’s name on his lips.

John Lennon, another pacifist who was assassinated, once commented, “Mahatma Gandhi and Martin Luther King are great examples of fantastic nonviolent who died violently….I’m not sure what it means when you’re such a pacifist that you get shot.” 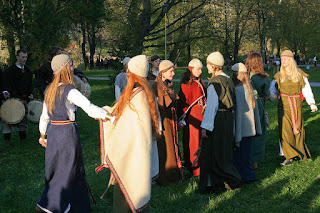 In Lithuania, on this day, the ancient goddesses of love are invoked during an annual lovers' festival called the Binding of the Wreaths.  At sunset, all the participants go into the forest and gather summer flowers.  The flowers are then made into wreaths, crown circlets, and streamers to be exchanged between the lovers on the days that follow. 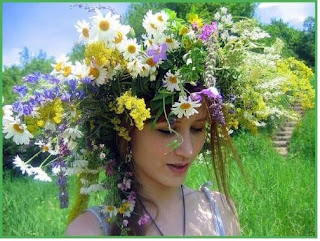