More proof this is the year of the woman.

The demolition was triggered around 7 a.m. by the Commander of the Air Force 45th Space Wing.
A simultaneous detonation brought down some structures at launch complex 17, a few miles away from Port Canaveral. 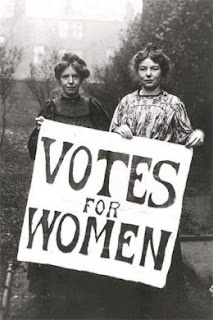 In Seneca Falls, New York, on this day in 1848 the first women's rights convention ever held i the United States convenes, with almost 200 women in attendance.  It was organized by Lucretia Mort and Elizabeth Cady Stanton, who met at the 1840 World Anti-Slavery Convention in London, England.  As women, they were barred from the convention floor, and this was the impetus for their founding of the movement.