Where are the 60's Nazis now and how come Pagan's keep ruining the party?

From today's offering of the "Where Are They Now" collection, I present to you that laughable group formally known as the American Nazis Party led by George Lincoln Rockwell, who gave us such loving lies as, "The Holocaust Denial Movement," you remember that golden-oldie, it went something like this:  the Jews invented the story of the Holocaust to legitimize Israel and extract reparations from Germany, and that they perpetuate the myth by their control of the media and Hollywood."  This monster of hate also is also credited with developing the word "White Power" in the sixties, as well as melding Nazism with a Christian Identity -- although he once said he could never worship a Jewish savior.

Unfortunately, if a lot of these right-wing nuts on the radio today could say the things Rockwell did  without losing their sponsors, they would.  It is undoubtedly buried underneath their definition of the word "Liberal" in their daily mumbling.   And those of you who listen to that hate to blame another race or group of people for your problems in the world, are following that same evil that gave us the America Nazi Party of the 1960's.

So where are they today?


They are now a religious church called "The New Order."   That's right, after the American Nazis Party was condemned by everyone, they became the National Socialist White People's Party and replaced "Sieg Heil" with "White Power."  Oddly enough, the NSWPP entered a number of candidates in elections in the 1970's and 80's and usually attracted about 5 percent of the vote.  In a Milwaukee school board race, it managed to garner one in every five voters.  In 1983 they changed the name to "The New Order" and their faith statement is "Living the Faith of Adolf Hitler."

That's it for today, I really need to go take a shower.
(Facts used in this posting from the book Hate, George Lincoln Rockwell and the American Nazi Party by William H. Schmaltz) 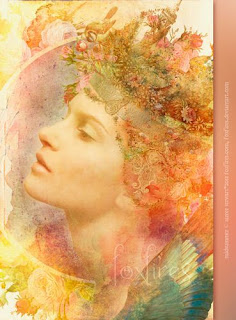 Ever wonder why May and June are the wedding months?  Could be, that on June 25th in the Blekinge province of Sweden, the pagan Midsummer Bride is still chosen form among the young women as she was in pre-christian times.  She then selects a Bridegroom.  Money is collected from the onlookers for the "happy couple."  At the end of the daylong festivities, the collected money is distributed amoung the local charities and churches.

Hmmmm, isn't marriage a Christian union?   Those damn pagans of old just keep popping back up and ruining the story!