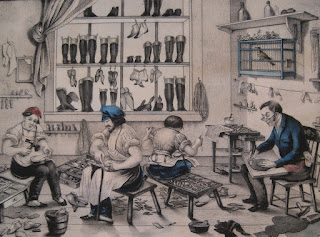 On this day in 1805, the Cordwainers union of shoemakers, America's first trade union of note, witnesses the first time that management uses the judicial system and armed force to squash a strike.   Several Cordwainers, on strike in Philadelphia for better wages, were arrested for criminal conspiracy under a judge's orders.  Specifically, they were accused of violating English common law that barred schemes aimed at improving wages.  The union disbanded with their trial in 1806.

Today, many 1%'ers get a hard-on thinking about their success that day.  They even call it the "Cord-Whiners" rebellion. 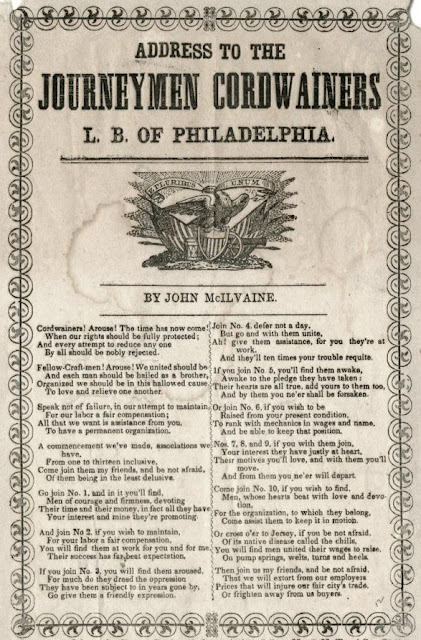 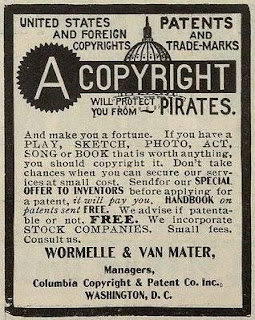 In 1790 Congress enacts the first American copyright protection law.  The law was designed to protect the works of you and me. The copyright was for 14 years and renewable only by the artist.   That's right, the "creator" owned the copyright as long as it benefited him or her in their lifetime, after which, the works became public domain which meant that we could all benefit off of the work without paying for it; unfortunately, this really sucked for the rich who needs to own everything from the tollways you must pay them to drive on to the clit between your legs, and so a law was introduced so that those same people who benefit off of the labor of others without lifting a hand, could now benefit off your creative works too without so much as an original thought.   All they had to do it be born into the right family and the copyright was theirs! 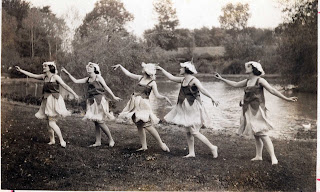 In France, the Fete of May takes place in the town of Saintes-Marie-de-la-Mer on this day.  The grand celebration honors the two Marys, Saint Mary Jacobé and Saint Mary Salomé, as well as Saint Sarah-la-Kali, patron of the Gypsies.  Gypsies from all over the world gather in the seaside community to honor Saint Sarah with colorful traditions that are uniquely pagan.