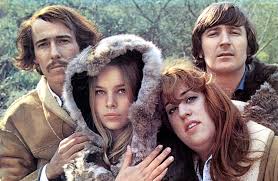 Now, I told you Friday that the Universe will produce something big this 7th day of May, 2018, a Monday.   I'm not sure what that will be, but we will see.   In the meantime, on this day in 1966, the first musical quartet to include two men and two woman, the Mammas and Papas, hit the top of their recording of the song,  Monday, Monday.

In honor of this crazy Monday, here are the lyrics.

Monday Monday
The Mamas & the Papas 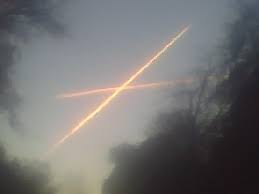 Was it a UFO?
Hermias Sozomen, in his Ecclesiastical History, notes that "At the time Cyril succeeded Maximus in the government of the church of Jerusalem, the sign of the cross appeared in the heavens:  its radiance was not feeble and divergent like that of comets, but splendid and concentrated.  Its length was about fifteen stadia from Calvary to the Mount of Olives, and its bredth was in proportion to its length.
"So extraordinary a phenomenon excited universal terror."
He also stated it was visible for several days and was brighter than the sun.

Finally, around this date each year, the ancient Greeks and Ionians celebrated the festival known as the Thargelia.  The festival was held in honor of Apollo, god of the Sun, prophecy, music, medicine, and poetry.  It took place on the sacred island of Delos, the traditional birthplace of Apollo and his twin sister, the Moon goddess Artemis.