In today's news: Chinese launches a new aircraft carrier, another Isis suicide bomber blows up three Christian churches in Indonesia, and Donald Trump relocates the US embassy in Israel to Jerusalem.


These are just three of the many signs that a war is about to happen from one, Donald Trump's egotistic stupidity, two: the Republican/Democrat Greedy war-and-oil machines that surrounds him.  "Profits baby, profits!"  say the war machine.  "I got balls for brains," says Donald Trump.

Shit, even UFO conspiracy believers have found proof that extraterrestrials are about to join in on the battle with alien tank from the moon! 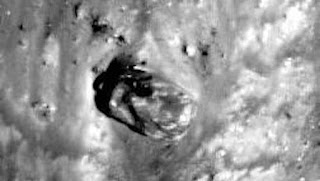 To make matters worse, it was on this date in 1948 that the state of Israel was created by the waving of Winston Churchill's magic wong. 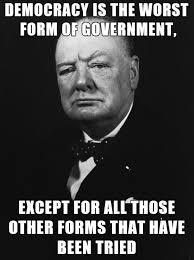 No matter what you've been told, the true reasons for wars is the struggle for markets, resources, and land, combined with tariffs, trade wars, currency wars, dumping, combined with Extreme Nationalism.  Here's the formula:

We are seeing all of this today:  China is dumping, USA is doing the tariff dance, and Israel and the fanatical Christian are stealing land that doesn't belong to them.

Combine this with the fact that Nationalism has gone crazy from England's, "Brexit exit," to Donald Trump's "Make America White Again," messages, there is little doubt that the powerful forces in the world have gone back to a nationalism not seen since Japan's Hideki Tojo ordered the attack on Pearl Harbor in his "Make Japan Great Again," war; and Italy's Benito Mussolini began his war on the free press by calling it, "Fake News,"; and Germany's  Adoofus Hitler decided to "Build A Wall" around a concentration camp and deport undesirable Germans to his Christian God/Satan....  I'll be damn if it isn't happening again right before our eyes.

Fortunately, dear lover's of peace, tolerance, equity, and equality, if the aliens don't come in time to either save us or eat us, we will see a better distribution of wealth  come out of this which will definitely be kinder and friendlier to the planet.   What's left of it, that is.

On this day in northern Scandinavia, the Festival of the Midnight Sun begins a ten-week-long celebration of daylight that pays homage to Dag, the ancient Norse goddess of the Sun.  This day is also sacred to Ing, male consort of the Earth-mother goddess Nerthus. His rune, the symbol of light, expresses the energy potential of the abundance of summer.


Dag, substitute for God?  Why?

Like its equivalent quasi-euphemisms dog and dod, dag is used in a variety of mild oaths as a substitute for God. Typical examples include dag on, dag gone, dag-gum, dag nab and dagnabbit. All may be seen as replacements for Goddam or Godam(m)it.