Zodiac Killer and a message to Neo Nazis 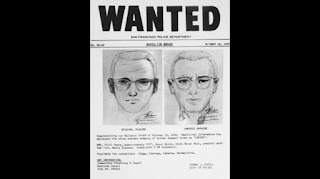 On this day in 1968, the Zodiac Killer murdered his first victim.  To celebrate, he sent the following message to the newspapers:

I like killing people because it is so much fun it is more fun than killing wild game in the forest because man is the most dangerous animal of all to kill something gives me the most thrilling experience it is even better than getting your rocks off with a girl the best part of it is that when I die I will be reborn in paradise and (all the people) I have killed will become my slaves I will not give you my name because you will try to slow me down or stop my collecting of slaves for my afterlife.

The Zodiac Killer continued to write letters and murders he took credit for continued to add up until 1971, when he sent his last message:  Me = 37, SFPD = 0.   There were no more murders after that and the man behind these murders remains a mystery.

It's gotten real ugly boys-and-girls -- if you haven't noticed.   What appears to be the problem is we're getting taken advantage of by the 1% on one end as our social services and security net collapses around us while the rich-get-richer -- not to mention using our tax payments to bailout their investments and pile up US debt on unfunded oil wars -- the George Bush War still has never been paid for, remember, there was a tax-cut with that increased spending, a play right out of Ronald Reagan's Play Book:   run up the debt and blame it on the social problems.

That's right, they're grabbing up all the marbles and blaming you for the theft.  But I'm not talking about the 1% today, I'm talking about the lower 1%, the Steve Bannon White Supremacist.   Do you know they all joke about the N tax (I don't use that word even in jest).  They really have convinced themselves unfunded oil wars and government bailouts for wealthy investors isn't the problem; in their minds the problem is the blacks (they use the N word) and the N... Tax, and when it isn't the blacks, it's the Hispanics, Arabs, Jews, you name it.

Not funny anymore.
In today's news Youtube admits it has a Neo-Nazi problem.  And why's that?   Because the small percentage of low self-esteem white people are polluting the blogs -- like this one -- with crazy talk -- like this one.   This is why I write against them -- along with the religious fakes keeping us from enlightenment.    Someone needs to be a voice of reason.   My god, do they really think they can have an all white world?   WTF, they never have or never will.   It is a decease.   A Jerry Seinfeld TV remake.

Let's say they do get their all-white world back, then what?  We know what, they would start pointing fingers at the Italians, Irish, and Polish.   Remember all those jokes?  I'm 57 and I do.   Let's see, there were the Waps and The Polocks and Irish drunk jokes.  Most of these White Punks On Hate today don't remember that. They don't realize that we all need to get along or we all sink with the ship.  That simple. 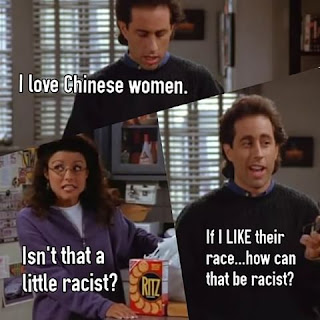 Inside they know they aren't going to have an all-white world anymore and I guess it is killing them. They need to find a reason for why they hate themselves and so project this hate on people who look different.  The truth is, society norms have come to repossess the trailer and they're holding to the carpet for dear life.

Finally, I wish there was a way we could give them their white world.  Maybe a State.   Shit the whole South again if they want.   Within a few years they would be eating each other for not being White Enough.   It's an incurable disease they have and I for one, will not go down with them.

That's all I have to say on this, and, well, everyone in the country should learn English.   That way idiots like Donald Trump wouldn't get elected. 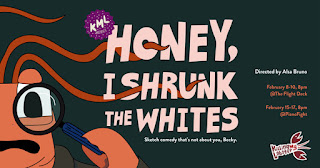