I am amazed daily at how gullible people are everyday.    They believe millionaire politicians -- about 80 percent, most of the them -- who's main purpose in government is to protect their fortunes and the fortunes of others in the same tax bracket, yet, they tell you they are going to get government off of your back by making it smaller when in reality they are just making it which will soon be serving you for dinner.

I guess I shouldn't be so amazed, that's the way it is, always has been, and always will be.  Someone with the gift-of-gab tells you what you want to hear and you obey.  Take for example this day (March 30th) in 1750.  John Taylor had a successful business with such passed clients as King George II and the pope -- who else could afford a doctor back then, or today for that matter?

Back to my story: Taylor, who had adopted the title "Ophthalmiater Royal," rode from town to town in a carriage emblazoned with painted eyeballs, made grandiose speeches before gathered crowds at each surgery, and left a long trail of blinded people in his wake.  One of them was Johann Sebastian Bach.

The great composer had long suffered poor eyesight, but as his condition worsened, he had the misfortune of meeting the itinerant Taylor, who had just arrived in Leipzig to great fanfare.  On March 30, 1750, the celebrity oculist plunged his sharpened instruments into the musical genius's eyes.  Then he applied a healing poultice of pigeon's blood, pulverized salt, and just a dash of mercury.  After several days, Bach could no longer see.  Four months later Bach was dead, and just as we are blinded by the tax-cuts for the rich, smaller government for the poor, and a global Corporation to control it all,  eight years after Bach's eye-sight was taking away, Handel requested the same treatment and too went blind.
Parts of this info from "Bad Days in History" by Farquhar 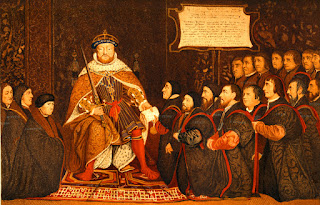 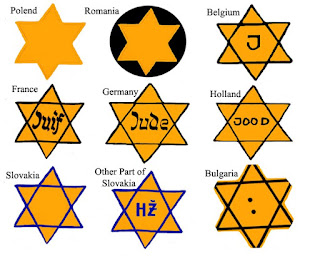 Don't bat an eye, my friend, the illusion has been going on forever, take for instance on this day in the great year of our lord, 1218, in England: King Henry III proclaims the Yellow Badge Edict, under which every Jew older than seven must wear a yellow identifying badge.  (And you thought it started in Germany the Nazis.)

Then on this day in 1533, the protestant faith is created by Henry VIII so he can divorce his first of five wives and still get into heaven. 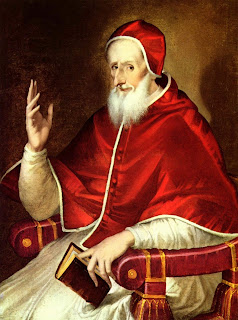 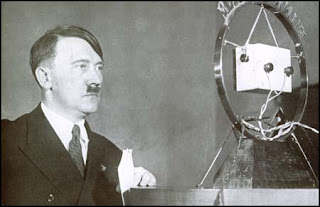 Finally, on this Good Friday, I'll leave you with the entry from Klemperer's "I Will Bear Witness" journal from 1945 in Berlin Germany:

Today we heard the military bulletin at five, as we were drinking coffee....  The speaker formulated thus: "If we resist, we have the possibility of continuing to live; if we capitulate, we shall certainly die.  Because not only the Bolshevists want to exterminate us, but the Anglo-Americans want to do so, too, behind both is the Jewish will to destroy."

This said after the Germans had murdered millions of Jews in the gas chamber.

People, if you continue to tolerate the racial hate of today, we will become Nazis Germany of tomorrow, with or without our eyes.