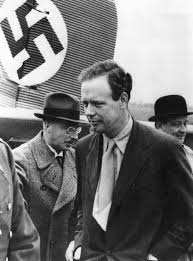 On October 19, 1938, Charles Lindbergh, the world-renowned aviator accepted, "by order of the Führer," Hermann Göring's, the Service cross of the German Eagle at the 1938 Berlin Olympics.  This medal was giving to him for his historic flight across the Atlantic ocean in 1927.   Pure propaganda which Lindberg never apologized for, nor would he return the medal even after the Nazis atrocities were openly reported by the world.


Is there any doubt that in today's America, Lindbergh would be a Trump supporter(?)

On this day in Tokyo, Japan, an annual fair called Bettara-Ichi, or Sticky-Sticky Fair, is held near the sacred shrine of the god Ebisu.  The children carry sticky pickled radishes tied to straw ropes through the streets in the hope of chasing away evil spirits and receiving the blessings of the seven Shinto gods of luck and good fortune. 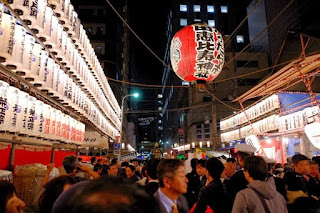