Another day in paradise, Chemtrails, stock crash, and corporate greed. 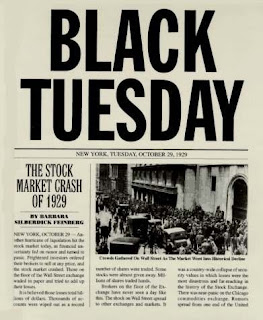 If you believe in Chemtrails, and why wouldn't you, then today is a very historic date in this covert New World Order activity because on October 29th, 1947, The General Electric Company successfully seeded clouds with dry ice, producing rain in Concord, New Hampshire.  Do you really believe it ended there?   COME ON PEOPLE WAKE UP!

Also on this date in 1998 Astronaut John Glenn joined the space shuttle Discovery crew, participating in a scientific study of the aging process... now that probably did stop there.

Other interest of October 29th, is that in 1929 it was considered Black Tuesday after the second day of massive losses in the USA stock markets which is only of interest because ten months earlier -- while the 1920's were still roaring -- The Washington Post polled a group of financial leaders and asked them for their predictions for the year ahead.   Their opinions were so glowingly positive that the newspaper featured them on the front page, under the banner headline "GOOD TIMES ARE PREDICTED FOR 1929."

Finally, in his book "Children of the Days," Eduardo Galeano writes that in 1981 on this day, General Augusto Pinochet gave away the rivers, lakes and subterranean waters of Chile for a few coins.  Several mining companies, like Xstrata of Swhtzerland, and power companies, like Endesa of Spain and AES Gener of the United States, became owners in perpetuity of the country's mightiest rivers.  Endesa received a watershed the size of Belgium.

Farmers and indigenous communities lost their rights to water and were obliged to buy it.   Ever since, the desert grows ever larger, devouring fertile lands and emptying the countryside of people.

Yes, another day in paradise. 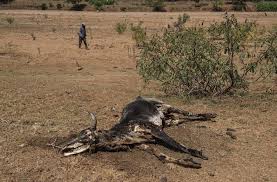