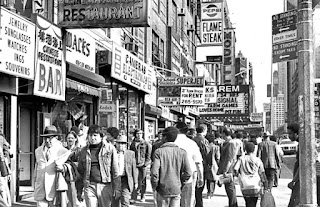 New York City went bankrupt on this day in 1975.  The city defaulted on $2 billion in bond obligations.   Fortunately, the federal government loaned the city the funds to pay its commitments and reorganize its financial affairs.   A $2 billion loan without collateral would never happen.   What kind of deal with the devil did the city make to retain its dignity?   Is it any wonder a inside job like 9-11 would eventually happen there?   A wicked lie that would take years to devise.


Now here's an example of corporate greed that probably shortened the life to most of our city dwelling great-grandparents: Thomas Midgley was the engineer who on this day in 1924 mislead the world in believing his lead additive to gasoline to stop engines from knocking, was completely safe to breath.  At the time it was a well known fact that lead refinery workers were dying from the neurotoxins they were working with.   This fact simply didn't mean shit to Midgley, and instead of bypassing his fortunes in royalties from the sale of this additive to Standard Oil, Midgley divised a perfect scheme to sell his product to the public:  Standing before a group of reporters at Standard Oil's headquarters in New York City, the scientist proceeded to pour a clear, thick liquid infused with lead over his arms.  The, after drying himself, he inhaled deeply from a jar of the same liquid for a minute -- proof, he declared, that there was no danger associated with limited exposure to diluted lead, and that the dead and dying refinery workers had obviously not followed basic safety precautions.

What Midgley neglected to mention was that just a year earlier, he had become gravely ill himself from lead poisoning and had to take six weeks off work as a result.  And a few months after the press conference, Midgley was sick again with lead poisoning.  But the irrepressible scientist returned better than ever, with a brand-new chemical refrigerant he had discovered:  chlorofluorcarbons, those pesky little ozone chewers better known as CFC's. 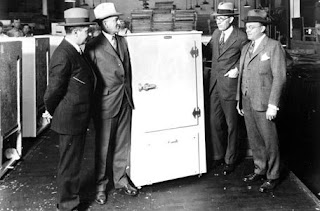