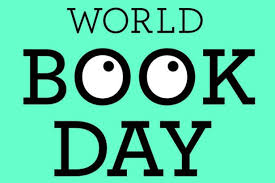 Today, World Book Day, it wouldn't hurt to recall that the history of literature is an unceasing paradox.


What is the most popular scene in the Bible?  Adam and Eve biting the apple.  It's not there.

Plato never wrote his most famous line:  "Only the dead have seen the end of war."

Don Quijote de la Mancha never said:  "Let the dogs bark, Sancho.  It's a sign we are on track."

Voltaire's best-known line was not said or written by him:  "I do not agree with what you have to say, but I will defend to the death your right to say it."

Georg Wilhelm Friedrich Hegel never wrote:  "All theory is gray, my friend, but green is the tree of life."

In none of his books or pamphlets did Lenin write:  "The ends justify the means."

Bertolt Brecht was not the author of his most oft-cited poem:  "First they came for the Communist / and I didn't speak out because I wasn't a Communist..."

And neither was Jorge Luis Borges the author of his best-known poem: "If I could live my life over / I would try to make more mistakes..."
(Galeano, E. "Children of the Days" pg 125)