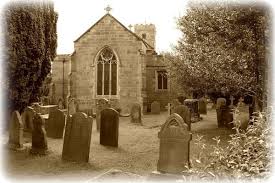 According to folklore of the English countryside, the ghosts of all men, women, and children destined to pass away in the next year can be seen floating by on this night by any person brave enough to spend the night awake on the front porch of a church.  However, if a person was unfortunate enough to fall asleep during the vigil or if he failed to repeat it annually for the remainder of his life, he would never wake up the next morning.

Oddly enough, early in the year 1818, the poet John Keats had become convinced that he had only three years left to live, the themes of death and dying becoming more prevalent in his works in the year that followed (he did pass away on the 23rd of February, 1821 of tuberculosis). Isabella Jones (who also inspired his contemporaneous work "The Eve of St. Agnes," ) was Keats' lover at this time and it has been speculated that it was she who told the poet about the folk traditions attached to Saint Mark's Eve. According to Chambers Book of Days, 1869: "St. Mark's Eve appears to have enjoyed among our simple ancestors a large share of the privileges which they assigned to All Saints' Eve (the Scottish Halloween)".  It seems equally likely that Keats would also have known of, and perhaps been deliberately alluding to, a poem published some thirteen years before he penned his own entitled "The Vigil of St. Mark".

The Vigil of St. Mark
by John Keats 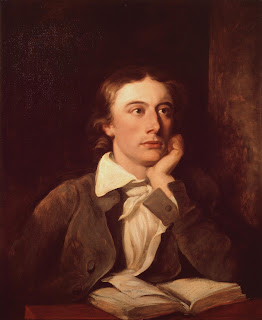 Bertha was a maiden fair
Dwelling in the old Minster-square;
From her fireside she could see
Sidelong its rich antiquity—
Far as the Bishop's garden wall
Where Sycamores and elm trees tall
Full-leav'd the forest had outstript—
By no sharp north wind ever nipt
So shelter'd by the mighty pile—
Bertha arose and read awhile
With forehead 'gainst the window-pane—
Again she tried and then again
Until the dusk eve left her dark
Upon the Legend of St. Mark.
From plaited lawn-frill, fine and thin
She lifted up her soft warm chin,
With aching neck and swimming eyes
And daz'd with saintly imageries.