So, every now-and-then I have to remind you that this is a WFS (Witch Friendly Site) because as we know, not all Pagans are Witches, but all Witches are Pagan, and in doing so I would like to remind you that on this day in 1989, Patricia Hutchins was granted religious leave by the United States Air Force to observe the eight Sabbats of the Wicca religion.  Ms. Hutchins was the first Wiccan in history to have Wiccan religious rights granted by the U.S. military.

So, lets examine exactly what did Ms. Hutchins observe:

Candlemans Sabbat (also known as Imbolc, Oimelc, and Lady Day) is celebrated annually on February 2.  Traditional ritual herbs:  angelica, basil, bay, benzoin, celandine, heather, myrrh, and all yellow flowers.  Altar decorations traditionally include a crown of thirteen red candles, a sprig of evergreen, a besom or Witch's broom to symbolize the "sweeping out of the old," a small statue or figurine representing the Triple Goddess in Her aspect of the Maiden.  Traditional Sabbat incense:  basil, myrrh, and wisteria.  Sacred Sabbat gemstones:  amethyst, garnet, onyx, turquoise.  Sabbat deities: The Goddess in Her Maiden aspect, Brigid (Celtic goddess of fire, wisdom, poetry, and sacred wells; also a deity associated with prophecy, divination, and the arts of healing), and Aradia (the daughter of Diana, and "founder of the Witch cult on Earth").  Candle colors:  white, red, pink, brown.  The Traditional Pagan foods of this Sabbat are those that represent growth, such as seeds (pumpkin, sesame, sunflower, etc.), poppyseed breads and cakes, and herbal teas. 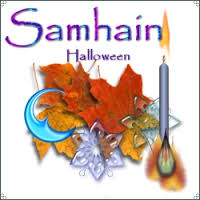 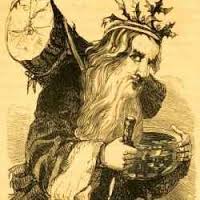