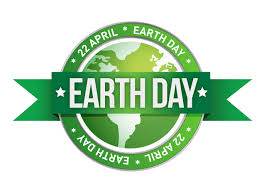 So it's Earth Day and what have you done?  Another Pagan year over and a new one's begun.  Or something like that.

Last week I watched "Before The Flood" with Leonardo DiCaprio.   It's a good Earth Day film.   We all need to show some love for this planet, and in that film there are some good tips:   cut down on beef, conserve electricity, support a Carbon Tax.   Basically the same stuff Al Core wrote about in his 1992 book "Earth In Balance."   In Gore's book he likened the Global Warming satellite photos of today to the WWII aircraft photos of Nazi extermination camps back in 1940 and how we -- the USA -- ignored the facts and didn't get involved in the war until a year later; unfortunately, it has been twenty-five years since Gore's book and we're still not involved.   Not really.  Actually, with the Donald Trump Climate Change deniers running the world,  it is worse than ever.

Einstein once said, "If the bee disappears from the surface of the earth, man would have no more than four years to live.  No more bees, no more pollination...no more men!"
He said it to a few friends.
The friends laughed.
He did not.
Now it turns out there are fewer and fewer bees in the world.
Today, on Earth Day, let us acknowledge that this is not happening due to God's will or the Devil's curse, but rather because of:
the murder of natural forests and the proliferation of farmed ones;
monocropping for export, which limits plant diversity;
poisons that kill pests and with them everything else;
chemical fertilizers that fertilize money and sterilize the soil;
and radiation from the machines people buy because advertising tells us to.
(Galeano, E. "Children of the Days" pg 124) 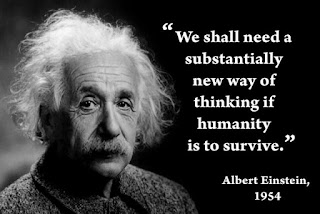