April 9th.  In both Portugal and coastal regions of China, the Goddess A-Ma (Matzu), is honored with a religious festival in the Portuguese territory of Macao.  Yes, the guardian of the sea and protector of all fishermen and sailors is honored.  Altars are dressed with offerings of fresh seafood and flowers; candles are lit and sweets of all kind are presented.

Does it not make sense then that in today's news, the U.S. Navy is sending out a fleet of ships to the Korean peninsula “to maintain readiness” as Kim Jong Un’s regime celebrates the 105th birthday of its founding president, Kim Il Sung, and to mark the 85th anniversary of the creation of the Korean People's Army on April 25 with a similar fanfare.

In the year 2011 the population of Iceland said no for the second time to the International Monetary Fund.


The Fund and the European Union had decided that Iceland's three hundred twenty thousand inhabitants should be liable for the bankruptcy of its bankers, for which each and every Icelander owed a foreign debt of twelve thousand euros. 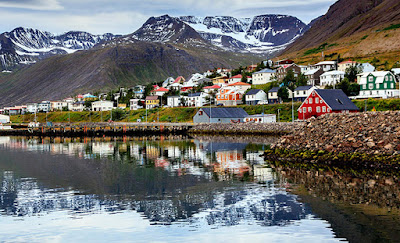 Such socialism in reverse was rejected in two plebiscites.  "The debt is  not our debt.  Why should we pay it?"


In a world unhinged by the financial crisis, this small island lost in the waters of the North Atlantic offered us all a healthy lesson in common sense.
(Galeano, Children of the Day)

"He eats simple fare, but he is a great man."  This is a good proverb that we all should follow.


When you could have walked for a while but instead drove, your legs began to weaken.  In the same way, when we become used to luxuries and the trappings of wealth, we begin to forget simple living and lose our inner joy and peace and freedom.