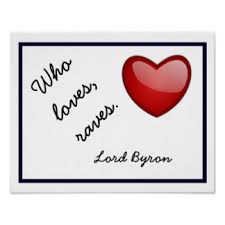 On this date in the year 1824, Lord Byron (whose real name was George Gordon) died of a fever.  The English poet, who was known for dabbling in the occult arts, helped shape Mary Shelley's Frankenstein and gave John Polidori the idea for his novel The Vampyre.  Lord Byron's heart was removed from his corpse and buried in Greece; the rest of his remains were shipped back to England.
(Dunwich,G. "The Wicca Book of Days" pg. 50)


She Walks in Beauty
By Lord Byron (George Gordon) 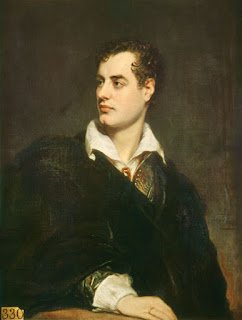 Of cloudless climes and starry skies;
And all that’s best of dark and bright
Meet in her aspect and her eyes;
Thus mellowed to that tender light
Which heaven to gaudy day denies.

One shade the more, one ray the less,
Had half impaired the nameless grace
Which waves in every raven tress,
Or softly lightens o’er her face;
Where thoughts serenely sweet express,
How pure, how dear their dwelling-place.

And on that cheek, and o’er that brow,
So soft, so calm, yet eloquent,
The smiles that win, the tints that glow,
But tell of days in goodness spent,
A mind at peace with all below,
A heart whose love is innocent!