On January 3rd, an annual fertility ceremony known as the Deer Dances is performed by the Native American tribe of the Pueblo in the southwestern United States.  The ceremony, which includes sacred ritual dances performed by shamans wearing deer headdresses, is centuries-old and dedicated to the great female spirit goddesses known as the Deer Mothers. 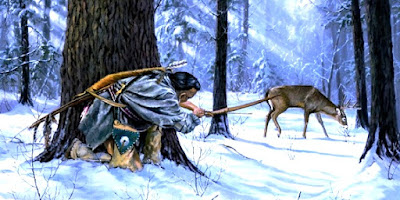 Along with these deer dances which mimic the movements of the deer, many Native American groups see the deer as a sacred totemic animal, as well as good food.  Deer is widely hunted for food and several groups have deer dances considered valuable for curing the meat.

The deer is chief character in many Native American folktales, but unlike most other animals it is not usually portrayed as a trickster figure. 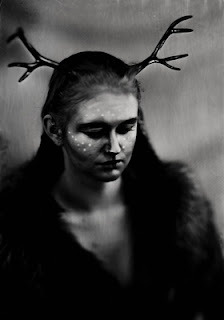 In beast marriage tales a deer wife proves a valuable companion to her human husband until she is offended by a careless remark or act, when she returns to her deer form and departs forever.  The wife of Finn Mac Cumhal took the form of a deer.