An Esoteric Look at Cats

Cats have been familiar to the human household from all antiquity, but they were probably first domesticated in Egypt, where, so far back as two thousand years ago, a temple was dedicated to the goddess of cats — BubastisPasht — represented with a cat's head. The Greeks inherited this feline pet of the house from Egypt, and from Greece the cat race, such as we have it now, was disseminated over Europe. It was a familiar element in Greek household life, and if anything was broken, according to Aristophanes, the phrase went then as now, "The cat did it." But cats were never venerated in Greece with religious adoration as in Egypt, the only country that gave them Divine honor, and where, if a cat died, the whole family shaved off their eyebrows in token of mourning.

It is believed that the devil often assumes the form of a cat. The familiar of a witch is always a black cat; and it is supposed that black cats have powers and faculties quite different from all others of the feline tribe. They are endowed with reason, can understand conversations, and are quite able to talk if they considered it advisable and judicious to join in the conversation. Their temperament is inquisitive, they are artful malignant, and skilled in deception, and people should be very cautious in caressing them, for they have the venomous heart and the evil eye, and are ever ready to do an injury. Yet, the liver of a black cat has the singular power to excite love when properly administered. If ground to powder and infused into a potion, the recipient is fated to love passionately the person who offers it and has worked the charm.

The cat of the aforementioned legend had evidently charming manners, and was well intentioned; but there are other cats of evil and wicked ways, that are, in fact, demons or witches who assume the cat-form, in order to get easy entrance to a house, and spy over everything. 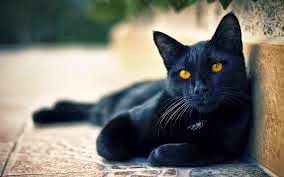 Cats are very revengeful, and one should be very careful not to offend them. A lady was in the habit of feeding the cat from her own table at dinner, and no doubt giving it choice morsels; but one day there was a dinner party, and pussy was quite forgotten. So she sulked and plotted revenge; and that night, after the lady was in bed, the cat, who had hid herself in the room, sprang at the throat of her friend and mistress, and bit her so severely that in a week the lady died of virulent blood poisoning.

Yet it is singular that the blood of the black cat is esteemed of wonderful power when mixed with herbs, for charms; and also of great efficacy in potions for the cure of disease; but three drops of the blood are sufficient, and it is generally obtained by nipping off a small piece of the tail. The observation of cats is very remarkable, and also their intense curiosity. They examine everything in a house, and in a short time know all about it as well as the owner. They are never deceived by stuffed birds, or any such weak human delusions. They fathom it all at one glance, and then turn away with apathetic indifference, as if saying, in cat language — " We know all about it."

But cats are decidedly malefic; they are selfish, revengeful, treacherous, cunning, and generally dangerous. The evil spirit in them is easily aroused. It is an Irish superstition that if you are going a journey, and meet a cat, you should turn back. But the cat must meet you on the road, not simply be in the house; and it must look you full in the face. Then cross yourself and turn back; for a witch or a devil is in your path. It is believed also that if a black cat is killed and a bean placed in the heart, and the animal afterwards buried, the beans that grow from that seed will confer extraordinary power; for if a man places one in his mouth, he will become invisible, and can go anywhere he likes without being seen. Cats have truly something awful in them. According to the popular belief they know everything that is said, and can take various shapes through their demoniac power. A cat once lived in a farmer's family for many years, and understood both Irish and English perfectly. Then the family grew afraid of it, for they said it would certainly talk some day. So the farmer put it into a bag, determined to get rid of it on the mountains. But on the way he met a pack of hounds, and the dogs smelt at the bag and dragged it open, on which the cat jumped out; but the hounds were on it in a moment, and tore the poor animal to pieces. However, before her death she had time to say to the farmer in very good Irish — " It is well for you that I must die today, for had I lived I meant to have killed you this very night." These were the last dying words of the cat uttered in her death agonies, before the face of many credible witnesses, so there can be no doubt on the matter.

Cats were special objects of mysterious dread to the ancient Irish. They believed that many of them were men and women metamorphosed into cats by demoniacal power. Cats also were the guardians of hidden treasure, and had often great battles among themselves on account of the hidden gold; when a demon, in the shape of the chief cat, led on the opposing forces on each side, and compelled  all the cats in the district to take part in the conflict. 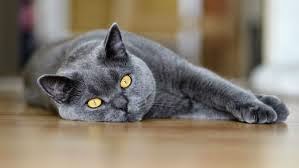 All nations seem to have appreciated the mysterious and almost human qualities of cat nature; the profound cunning, the impertinent indifference, the intense selfishness, yet capable of the most hypocritical flattering when some point has to be gained. There traits are not merely the product of brute instinct with unvarying action and results, but the manifestation of a calculating intellect, akin to the human. Then their grace and flexible beauty make them very attractive; while the motherly virtues of the matron cat are singularly interesting as a study of order, education, and training for the willful little kitten, quite on the human lines of salutary discipline. Humboldt declared that he could spend a whole day with immense profit and advantage to himself as a philosopher, by merely watching a cat with her kittens, the profound wisdom of the mother and the incomparable grace of the children. For cats are thoroughly well-bred, born aristocrats; never abrupt, fussy, or obtrusive like the dog, but gentle, grave, and dignified in manner. Cats never run, they glide softly, and always with perfect and beautiful curves of motion; and they express their affection, not violently, like the dog, but with the most graceful, caressing movements of the head.