April 7th for the Esoterist in all of us.

What is EsotericDaily.com you ask?  Well, on days like this it is easy to see.  Today is April 7th, just another day to most, but to those with eyes to see, you will see more in an April 7th.  The divine plan of the universe, if you will

Case in point, in 1567 on this day in  Basel Switzerland, a "black sphere" appears in the sky and covers the face of the Sun.  It was seen all day long (source: Wonder In The Sky by Jacques Vallee and Chris Aubeck).  UFO or matrix adjustment?  You tell me.

In 1794 on this day, three years after a Christian Right-to-Life mob -- okay, they weren't Right To Life, but anti science, progress, and freedom of thought, so yes, Right To Life --  burned his laboratory in Birmingham England, the English chemist who discovered oxygen, Joseph Priestly, immigrates to the U.S. to escape religious persecution.  Yes, America was all about Freedom From Religion back then; what happened?

Next stop, April 7th 1827, the day John Walker, an English pharmacist, makes the first sale of his combustible friction match.  Yes, the fire match which made smoking fun!  Just think of all the wonderful things the match gave us:

In 1847 on this day Dr. Nathan Cooley administers either to a patient for the fist time in the first use of anesthesia.

Last and not least, on this day in 1959 scientists at Los Alamos New Mexico generate electricity from an atomic reactor for the first time, and aliens spaceships from across the universe take note. 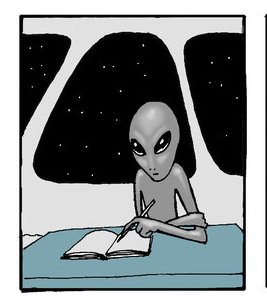 And you thought it was just another day.