April 6th is for Lionhearts and the Mozelle River boats 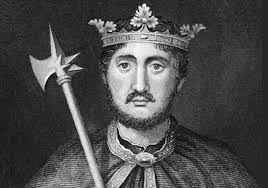 April 6th, 1199, the warrior king Richard I, "the Lionhearted," didn't meet his end in battle, as might have been expected, but on a day relatively free of hostilities, as he casually walked around the perimeter of a castle in Châlus, France, without armor.  Suddenly, a young man fired his crossbow from a parapet above, striking the king in the shoulder.  Though the shot wasn't immediately fatal, the wound became gangrenous and Richard soon realized he was dying.  It was then, according to a number of contemporary chronicles, that the king did something entirely unexpected: He had the young man who had shot him summoned to his room where he immediately... forgave him.

Unfortunately, the kings followers didn't think forgiving the guy was a good idea and so, flayed him alive. 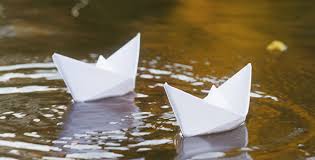 All of this, I might add, on a beautiful day in France, one where the people held a Boat Festival commemorating the return of spring.  Still, to this day, children celebrate this day by making a wish and then launching a miniature boat into the estuaries of the Mozelle River.  Each boat holds a burning candle and symbolizes sailing on the "sea of life."  Anyone finding a boat may also make a wish while bringing it to the shore.

And with Spring in the air, I leave with this message of love:

Generally, the way we label other people and things as good or bad, handsome or ugly, is determined by desire and craving.  We call good what we like and bad what we dislike.  These are inventions of our own minds.  If beauty actually existed in objects themselves, we would all be irresistibly attracted by the same people and things.
Dalai Lama