February 25, the Russian Invasion, and a cry for peace. 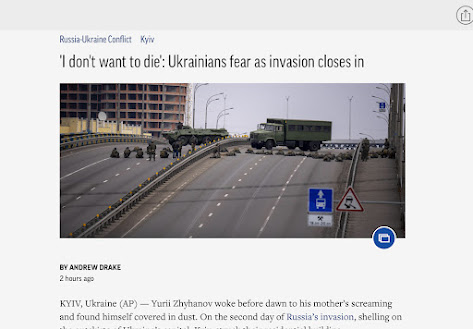 What makes up a February 25?  Have you ever wondered that?

In 1451 on this day Pope Nicholas V banned all social contact between Christians and Jews to prevent Christians from converting to Judaism.  In many Catholic countries the penalty for conversion was death — of the Jew of course, not the Christian.

On this day in 1949 American actor Robert Mitchum was released from prison after serving two months for possession of marijuana.  And we still haven’t legalized marijuana.

In 1964 Cassius Clay shocks the boxing world by defeating heavyweight champ Sonny Liston.  Two weeks later Clay would change his name to Muhammad Ali and go on to be the greatest ever.

And today, a news headline that sticks with me reads “‘I Don’t Want to Die’ Ukrainians Fear as invasion continues….”

Thank you Vladimir Putin for setting the record straight this February 25, 2022.  It’s all about you.  Wah, wah, wah.

Not all is lost, for February 25th is also the day of the year George Harrison of the Beatles was born back in 1945; and as he sang in one of his songs, “With all these mistakes we must surely be learning…” I think we finally might be learning, for in today’s New York Times headline there is hope: “Thousand of Russians Protest Russian Invasion.”

Could this peace protest in Russia be the start of something big? Something like maybe we all come together and give peace a chance? Wouldn’t that make this 25th of February a very special day? 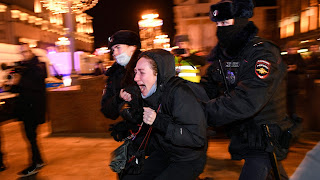