So, it is a fact that the Christmas we celebrate today begun with the Druids, and so let's have a look at the Druids.  First of all, most of the historical facts we have about the Druids are bull crap because they were written by the Greeks and Romans who were extremely hostile to the Celtic people, and so reading those accounts of the Druid people written in the history books is like reading Davy Crockett's writings to understand the Native Americans. 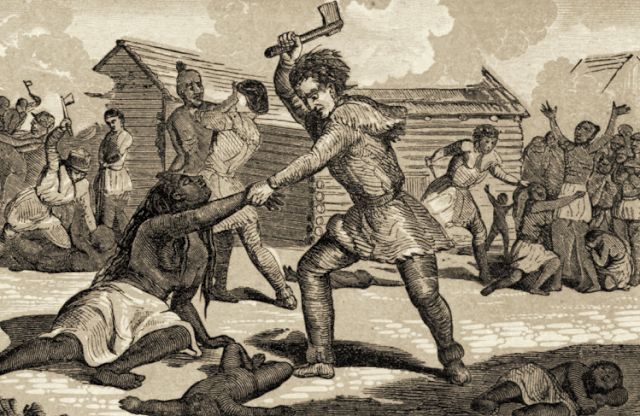 "We shot them like dogs," Crockett said after he had slaughtered 186 men, woman, and children in the Creek War.

And, least we forget, here is the Druid roots of Christmas: 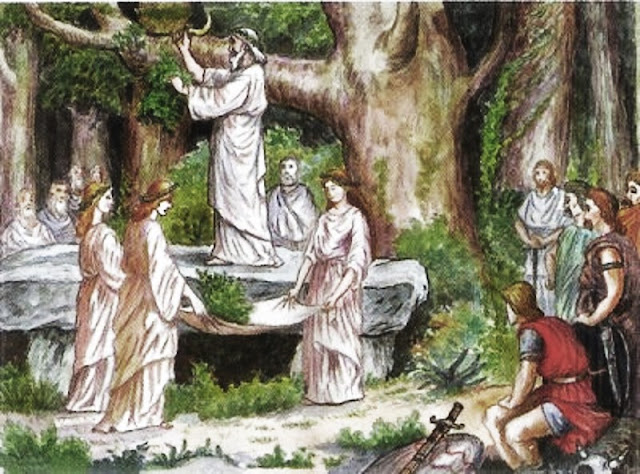 The roots of the Christmas traditions that we recognize today can be traced back to pre-Christian celebrations of the Winter solstice. The solstice is the twice yearly event when the sun appears to be at its highest or lowest point above the horizon. In the northern hemisphere the Winter solstice usually occurs annually between December 20 and December 23.

The Winter solstice was seen by the ancient Celts as one of the most significant times of the year. The Neolithic monuments of Newgrange in Éire, Maes Howe in Orkney, Scotland and Bryn Celli Ddu in Ynys Môn, Wales are examples of burial chambers scattered throughout the Celtic nations constructed to capture the full impact of sun’s rays during the solstices.

Druids, the priestly class in ancient Celtic society, celebrated the festival of Alban Arthuan (also known as Yule) at the time of the Winter solstice.  It was on this day that they ceremonially gathered mistletoe from oak trees.  A practice described in the writings of Roman historian Pliny the Elder (Gaius Plinius Secundus AD 23 – August 25, AD 79).

The name Christmas is from the Mass of Christ (Christ-Mass).  The actual date of the birth of Jesus is not given in the Bible.  The spread of Christianity during the first millennium (January 1st AD to December 1000 AD of the Julian calendar) was aided by the new religion adapting to the ceremonies and traditions of the existing religions.  At times the early Christians also adopted existing deities to ease the transition from old beliefs to new ones, as is thought to be the case with Brigid the Celtic fertility goddess who became known to Christians as Saint Brigid.

So when celebrating Christmas the traditional trappings that go with this festive season have roots that go far back into Celtic history.  The Mistletoe gathered by the Druids for its magical and health giving properties.  The Yule log burnt by the Celts to counter the darkness of mid-Winter when they thought the sun stood still for twelve days and to bring good luck.  The Holly and Ivy; evergreens that Celts saw as important to keep evil spirits at bay. The Tree decorated with symbols of solar objects and gifts to Celtic gods and goddesses.