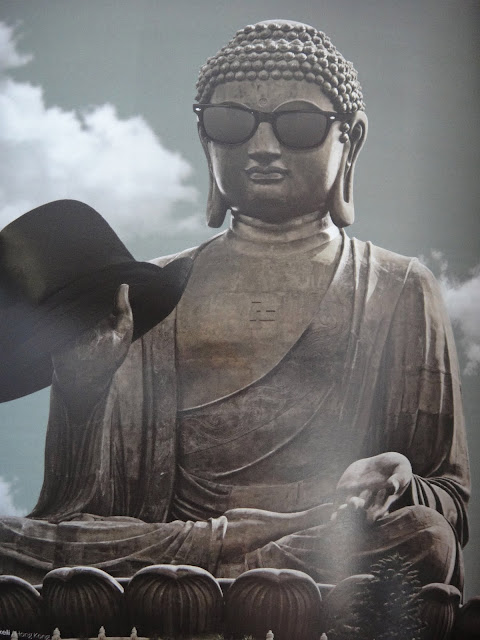 So I'm still avoiding the Trump madness by focusing on better things, better people, better days to come.  In doing so I have been hitting my Buddhist studies hard.  Today's instruction is from the "Rainbow of Hope" chapter in The Human Revolution.
No matter how deep the darkness (Trump), no matter how fiercely the winds (Republican Enablers) blow, I hope you will keep a rainbow of hope in your hearts and advance in high and indomitable spirits.
A rainbow is a symbol of hope, ideals and lofty intentions.  And faith is the source of all of these.
Okay, I know what you're thinking "What kind of Buddhism is that?"  To which I say, "It is both kinds, Country and Western (sorry, I knew one day I would find a place to use one of my favorite Blues Brothers quotes in my blog).  Seriously, the writing I just referenced (without the parenthetical additions of Trump and Republican Enablers added) is from  Nichiren Daishonin which you might know of us as Nichiren Buddhism.  We chant to a Gohonzon, which serves as a mirror to reflect and draw forth our Buddha existence, for we are all Buddhas.  You see, boys and girls, the Buddha does not exist in some far distant place but is in us, we are all Buddhas waiting to become ourselves, fulfilled, self actualized (if I might steal a phrase from "I'm Okay - You're Okay" not to be confused with today's Donald Trump version which is called "I"m Okay - You're Nuts"), but I digress.
Of course, the importance of a rainbow doesn't belong to the Nichiren Buddhist, in Hindu for instance,  the rainbow was used as a bow by Indra the god of thunder and war who shoots arrows of lightning at his enemies. Pre-Islamic Arabic culture also believed the rainbow to be a divine bow for firing arrows of lightning. For the Chinese, however, it was a crack in the sky made by colored stones cast by the mother goddess Nüwa.
Modern uses of the rainbow have everything to do with peace and love and not war.  The rainbow coalitionist was a liberal wing of the Democrat party back in the 80's led by Reverend Jessie Jackson when he ran for president acknowledging our similarities as opposed to our divisive differences so often pointed out by Donald Trump.  Then, there is today's rainbow flag which is used by the LGBTQ as a symbol of pride.
Yes, the rainbow is a great symbol for love and peace and it should be no surprise that a double rainbow was seen in the sky over Washington DC as Representative John Lewis was resting in the rotunda. 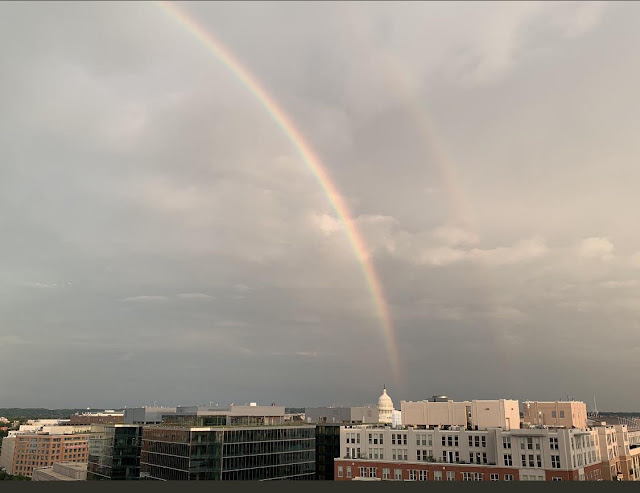 Rainbow Over Washing DC as John Lewis was in the rotunda... not an accident.

John Lewis was a kind, loving man who believed in equality for all.  Trump is his exact opposite.  Need I say more.