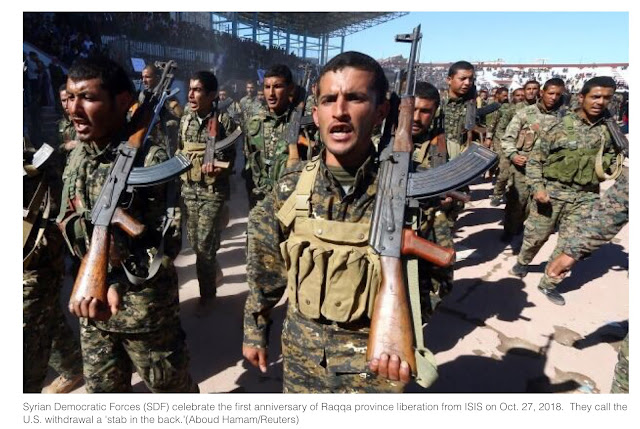 Trying to make sense out of the upcoming Turkish vs. Kurdish war?   You’re not alone.  Both are US allies and both have supposedly helped us fight the George “Clueless” Bush’s “War On Terror.”   Now we are told everything that has gone before was correct, but... well, obviously not (?).

Donald Trump has blamed President Obama for the mess in the Middle East.  I would agree, to me we needed to send in troops and make a “Safe Zone” for the people.  Trump said that was wrong, and so now Trump has pulled the US out, and in doing so, the killing has begun.

“What can you do, thought Winston, against the lunatic who is more intelligent than yourself; who gives your arguments a fair hearing and simply persists in his lunacy?”

If you remember, the first president Bush who gave us the first Iraq War, told the Kurds to “revolt” and the US would protect them.  They revolted,  but we didn’t support them and so thousands were slaughtered while we celebrated a victory that really wasn’t a victory, but an ongoing war that would be fought again under a second “George Bush” presidency (yes, the “clueless” one).

“Not merely the validity of experience, but the very existence of external reality was tacitly denied by their philosophy. The heresy of heresies was common sense.”

Today, we have no clue what is going on over there, and why?  Because we don’t want to know.  Some of us chant for the people, others pray, but still, we do nothing.  We have been snowed by the  “Make American Great” slogan.  Truth is,  those who are given much are expected to give...   well...   something.

“We know that no one ever seizes power with the intention of relinquishing it.”

No one wants to hear this, and I’m sorry I have to write this, but the US will not survive these four years of Donald Trump.  He has destroyed us for money in his pocket and fame in his mirror. This is the bad news, the good news is that with the failure of our greediest president ever,  we will once again have no choice but to be... humble.

“The ideal set up by the Party was something huge, terrible, and glittering—a world of steel and concrete, of monstrous machines and terrifying weapons—a nation of warriors and fanatics, marching forward in perfect unity, all thinking the same thoughts and shouting the same slogans, perpetually working, fighting, triumphing, persecuting—three hundred million people all with the same face.”
“Never again will you be capable of ordinary human feeling. Everything will be dead inside you. Never again will you be capable of love, or friendship, or joy of living, or laughter, or curiosity, or courage, or integrity. You will be hollow. We shall squeeze you empty, and then we shall fill you with ourselves.”

“There will be no curiosity, no enjoyment of the process of life. All competing pleasures will be destroyed. But always—do not forget this, Winston—always there will be the intoxication of power, constantly increasing and constantly growing subtler. Always, at every moment, there will be the thrill of victory, the sensation of trampling on an enemy who is helpless. If you want a picture of the future, imagine a boot stamping on a human face—forever. War is a way of shattering to pieces, or pouring into the stratosphere, or sinking into the depths of the sea, materials which might otherwise be used to make the masses too comfortable, and hence, in the long run, too intelligent.” 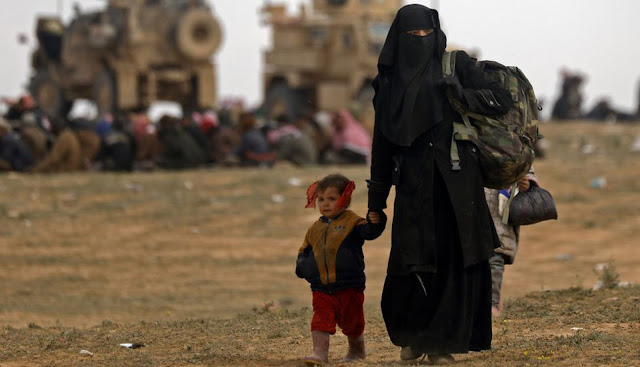