Impressed by the impressed ones I decided to consort the I Ching.  Here's what I found out.  Breaking News at 11.

A wise teacher once said:  “You should let yourself be carried away, like the clouds in the sky.  You shouldn’t resist.  God exists in your destiny just as much as he does in the mountains, oceans, and skies. It is very difficult to understand this, because man is moving further and further away form nature, and also from himself....”

He then pointed me to the I Ching.

The I Ching has served for thousands of years as a philosophical taxonomy of the universe, a guide to an ethical life, a manual for rulers, and an oracle of one’s personal future and the future of the state.  It was an organizing principle or authoritative proof for literary and arts criticism, cartographery, medicine, and many of the sciences, and it generated endless Confucian, Taoist, Buddhist, and, later, even Christian commentaries, and competing schools of thought within those traditions.  In China and in East Asia, it has been by far the most consulted of all books, in the belief that it can explain everything.  In the West, it has been known for over three hundred years and, since the 195 0s, is surely the most popularly recognized Chinese book.

In a nut shell, the I Ching tells us of the hero Fu Xi, who studied the patterns of nature in the sky and on earth.  He studied the markings on birds, rocks, and animals, the movement of clouds, the arrangement of the stars.  He discovered that everything could be reduced to eight trigrams, each composed of three stacked solid or brown lines, reflecting the yin and yang, the duality that drives the universe.

It is an understanding machine.  And here begins my I Ching prognostication.

On October 9th, I consulted the sticks and received this info: 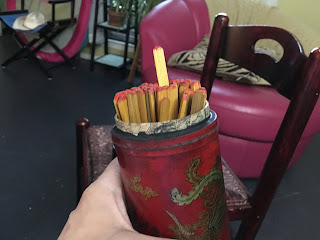 Until a stick came up... 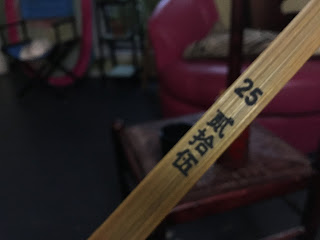 And a fortune I took! 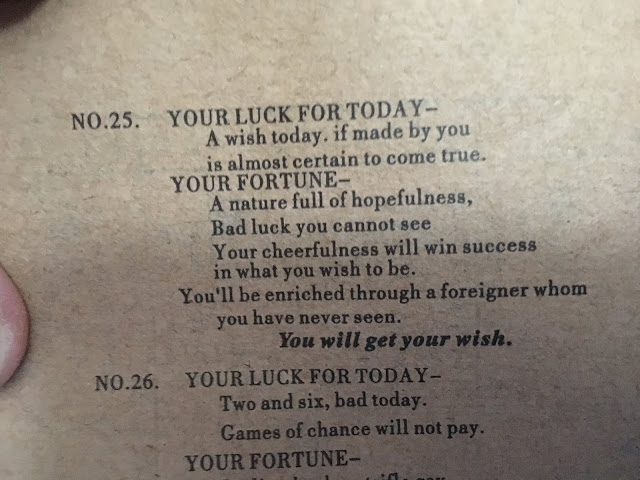 and on that day:

And by October 10th everything had changed.  I won a bunch of money and met the love of my life.

Okay, not yet, but the day isn't over.