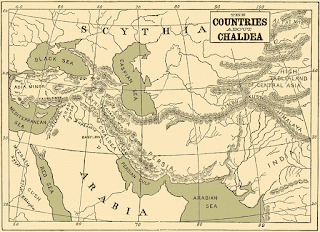 For the Greeks and Romans of the first century B.C., the term "Chaldean" had no meanings: It was the name of the inhabitants of Chaldea, a district southern Babylonia, and it was the title given to professional diviners who used the heavens to predict the future.  This second group got its name from the popular belief that horoscope casting was invented in ancient Mesopotamia.

Although traditions of divination often appeal to ancient authorities for credibility, the Chaldean origins of astrology are no fiction.  Since the 1880s, about 30 ancient Babylonian cuneiform tablets containing horoscopes have surfaced.  The majority of these tests were first made accessible for study in Francesca Rochberg’s excellent 1998 volume, Babylonian Horoscopes.  Thanks to this publication, we now know that the horoscope was one of the last and —for better or worse—one of the most enduring contributions of ancient Mesopotamia to human culture.

There was nothing new in the idea of using a person’s birth date to foretell his future: A seventh-century B.C. omen series called Iqqur ipus used the month of birth for just this purpose.  There was a technical obstacle, however, to bringing the heavens into play.  How could ancient diviners do this when there was no assurance that an ominous occurrence could be seen on a particular person’s birth date for example, on rainy or cloudy days?  The Babylonians solved this problem by taking into account a combination of astronomical events that occurred before and after the target date, along with certain facts about the situation of the heavenly bodies on that date.

Where did their astronomical data come from?  In Against the Professors, the second-century A.D. Greek philosopher Sextus Empiricus offers us the fanciful picture of a Chaldean watching the sky, awaiting the sound of a gong signaling that a child has been born.  In reality, horoscopes were prepared well after the moment of birth, and there was no call for such precise timing.  Astrologers could turn to the archive at the Esagila Temple of Marduk, for instance, where Babylonian scientists had been keeping a continuous record of astronomical and meterological observations since at least the seventh century B.C.  Their so-called Astronomical Diaries seem to have been the source of much of the information in ancient Babylonian horoscopes.

All the Babylonian horoscope tablets, with a single early exception, employ zodiacal signs to specify the locations of the sun, moon and planets (Mercury, Venus, Mars, Jupiter and Saturn) on a person’s date of birth.  It had long been recognized that the moon and planets travel along a fixed belt among the stars, and that their positions could be expressed either in relation to certain bright stars in this so-called Path of the Moon or, more roughly, according to the constellation through which they were passing.  The zodiacal signs used in Babylonian horoscopes represented 12 equal divisions of this belt, and they were named for the constellations that more or less coincided with those divisions.

Thus the constellations called the Hired Man, the Bull of Heaven, the Great Twins, and the Crab gave their names to zodiacal signs corresponding to our Aries, Taurus, Gemini and Cancer.  To determine when a planet crossed from one zodiacal sign to the next, the observers of the Astronomical Diaries tracked its passage through the stars; for example, the star called the Rear Twin (our Eta Geminorum or Pollux) marked the boundary between the Great Twins and the Crab.  Each zodiacal sign was, in turn, comprised of 30 smaller units, called ki (our degrees), which could be used to pinpoint the location of heavenly bodies more precisely. 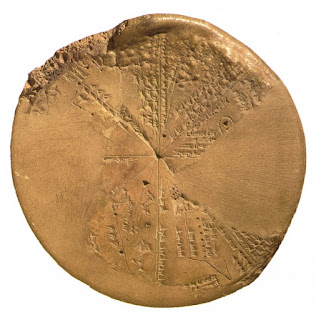 Most of the Babylonian horoscope tablets that have survived contain only the date of birth of a person and the relevant astronomical data.  Only a few tablets—mostly from Uruk—actually offer any kind of prophecy or interpretation:  “His days will be long” or “He will have sons” are typical predictions. These notes seem to have been derived mechanically by looking up a particular astronomical fact, say the moon’s position, in an omen list.  One must presume that the horoscope caster who inscribed the tablet also regaled his customer with stories that wove together, embellished and, if necessary, reconciled inconsistencies between the omens.

The Babylonian horoscope casters apparently left no literature or correspondence explaining how a horoscope worked.  We cannot say whether they, like their omen-watching predecessors, believed that the heavens expressed the personal intentions of the gods— though horoscopes death with periodic and predictable astronomical phenomena, properties not usually associated with divine whims.

When the Greeks first began studying Babylonian horoscope, in the first or second century B.C., they had no trouble interpreting the horoscope as a record of physical cause-and-effect relationships.  The heavenly bodies, revolving in complex orbits around the earth, were seen as agents of nature; their motions helped determine the interaction of elements on earth, including the birth and growth of human infants.

About 200 Greek horoscopes survive from antiquity, mostly in the form of papyri from Egypt.  The earliest ones date from the late first century B.C., just a few decades after the last known Babylonian horoscope.

Horoscopes astrology burst forth on the classical world at an opportune moment.  Methods of divination and magic were rapidly gaining popularity at the same time that theoretical astronomy was steadily advancing.  By building on principles laid out by the Babylonians, Greek astrologers could claim to satisfy practical human needs through modern, scientifically respectable methods.

Like their Babylonian predecessors, Ancient Greek horoscopes eschew interpretation, normally giving no more than the date and time of birth and a list of astronomical facts.  They focus tightly on the hour of birth, disregarding eclipses and other possible divine omens that take place well before or well after a person’s birth.

There are some striking differences between Ancient Greek and ancient Babylonian horoscopes.  Greek horoscopes list not only the basic zodiacal positions of the sun, the moon and the five planets; they also record the horoskopos or “hour-watcher”—the part of the zodiac that was rising on the eastern horizon at the moment of a person’ birth.  This element, which was not included by the Babylonians, is what gave the horoscope its name.  In addition, all of the astronomy in the Greek horoscope played no direct role in Greco-Roman astrology. 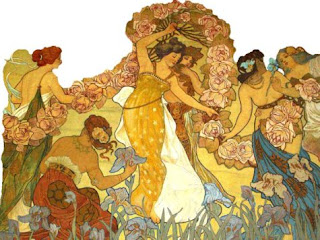 On this day in ancient Rome, the Consualia harvest festival held in honor of Consus, the Earth god, took place.  There were sacrifices and offerings of the first fruits, followed by horse racing in the Circus Maxiums.  The annual festival of Heraclia was also held on this date in honor of the god Heracles and included sacrifices at his shrines.