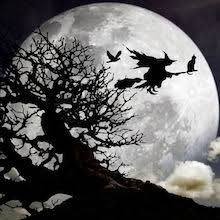 Okay, so the right side of the brain governs imagination, emotions, and intuition.  Physiologically, it crosses over and controls the left side of the body.  On the other hand, the left side of the brain, controlling the right side of the body, is the practical and problem-solving side.  Clearly we need both sides to be whole.  However, it is the problem-solving, logical, and rational side that has been encouraged in people.  But right-brain (left-handed) folks have suffered through the centuries from a fear of the physiology of intuition.  Even the derivative of the word left reflects this.  The Latin term for left is sinsitra, from which we get the word "sinister."  Thus, the intuitive and creative side is considered dangerous and evil in the lexicon of our mother tongue. 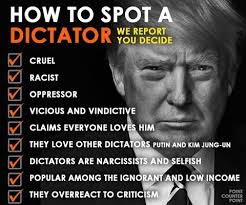 The fear of intuitive has been a recurrent theme throughout history.  Until only three hundred years ago, from the thirteenth to the seventeenth centuries, over 9 million people throughout Europe were accused as witches and burned and tortured.  The leading theological text of the time dictated that "thou shall not suffer a witch to live."  This justified the genocide of millions of people, most of them women.  These were not Walt Disney creations flying around on broomsticks, but women, mainly midwives, herbalists, and healers, who still utilized a connection to the earth, sky, and living creatures.  These were women who were in tune with the earth, with the processes of life and death, and with each other.  It was believed that the mysterious, psychic power of witches brought about the plague, rendered husbands impotent, and caused famine.

Intuition is natural.  It is human.  How can it be scary? 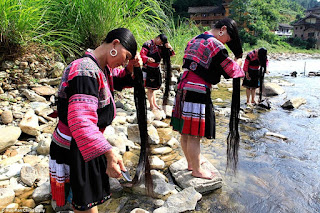 In ancient Korea on this day, rice farmers washed their hair in a stream as part of an annual ritual to ward off evil.

Must be working too, they seemed to have warded off Kim Jong Un (Dictator Number 3) by getting him out of their country for a few days.

In case you want to do the same, the traditional meal for this festival consists of fresh fish, steamed rice, and greens. 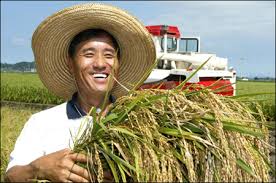