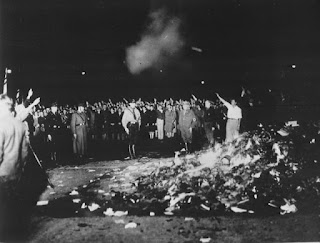 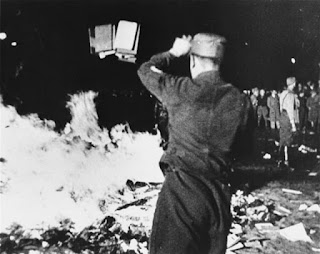 Student groups across German carried out a series of book burnings on this day in 1933.  The largest group was 40,000 people who gathered to hear Joseph Goebbels pronounce that "Jewish Intellectualism" is dead.   And it was.  The crowd witnessed the burning of books by Brecht, Einstein, Freud, Mann, and Remaque.

Interesting fact:  one of the books was the works of the Jewish poet Heinrich Heine, who in 1822 wrote the prophetic words:  "Where they burn books, they will in the end, burn human beings."

Oddly enough, on this day in 1941 Rudolf Hess, the Deputy Fuhrer of Nazi Germany and close personal friend of Adolf Hitler, parachuted into Scotland from a plane that hem himsefl had been flying.  He was found by a local farmer who Hess told: Take Me To Your Leader! 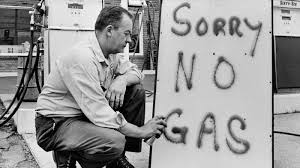 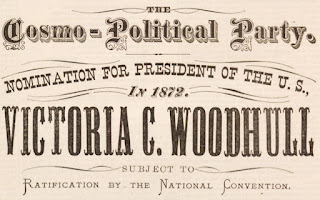 Finally, on this day in 1872, the "Equal Rights" party selected Victoria Woodhull to run for president.  Her vice president mate was none of than Frederick Douglas.   That's right folks, 1872!

Looks like the fight for justice has been going on for a while now: now hasn't it. 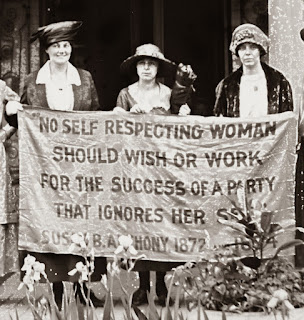