Tax cuts for the top 1% and corporate greed will soon put the US back in the dark ages.   How?  Let’s start

here, our Space Program.  Once a great Government Funded and Operated program.  I mean, shit, we put a man on the moon while Russia was still pealing bananas (I like mixed metaphors, they’re funny).  That was the sixties when the top 1% still paid their fair share of the tax burden; before they decided it would be better to circle their wagons in a gated communities fed by private tollways and let the masses who’s backs they built their wealth on, fend for ourselves.  Which we did for awhile thanks to YouTube, but as Nasim Najafi Aghdam just pointed out and went ballistic in doing so, you can’t make a living on YouTube anymore cooking salads and jumping around in tights, so you actually have to get a real job and unless you’re the fortunate few who are in good standings with a 1% approved access-card accessible company, you will have to work at least three jobs either delivering food to the 1%, picking up their trash from their doorstep since they no longer want to pay taxes for public sanitation, or Uber — of course, the Uber option will soon be over as soon as they can figure out a way not to have their cars drive themselves.   At that point, they will have us where they want us: poverty peasants ready to enlist in a war to make them richer and get us some form of medical care. 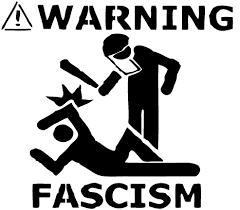 Sounds harsh you say?  Consider this, after the success of the NASA flights in the Church 60’s and 70’s, the Republicans told you over and over that No Government was good government — unless it is protecting the life of a sperm, but I digress.  So, they started privatizing everything for profit, including our space program.  So, we have this 1% who claims to be an idealist, Elon Musk, with his own space program funded by the 1% who are planning their escape to a new planet after they totally destroy this one with fracking — dynamite holes aren’t only going down, they go sideways, upways, and you don’t have a clue what they are doing to our planet, they do, but they have their escape plan.... But wait, there is one problem with their plan: The other governments still paying their taxes to fund a government space program.  That’s right, while we are figuring out how to make a profitable Space Program for the 1% in charge, Russia and China are building a non-profitable space program for a soon to be Outer Space War.  According to a recent article in Politico, the U.S. is years behind China and Russia from under-funding.   The main concern is GPS jamming which could be used in a trade war... what, trade war?  Yes, Trade War!

So, you’ve bought into the no government is good government and elected profit seekers over good statesmen and woman to keep the top 1% happy and we’ll all be able to live a good life sniffing through their trash: wrong!  And keep letting them destroy good government over Racist, Religious, Coporate nuts who really believe this country will do fine as long as the top 1% don’t have to pay for your roads or trash pickup! News Flash: soon we won’t have a democracy, what we will have is a Puttin to tell us when to eat, shit, and piss after his faux election.

Think about it: no satellite, no iPhone.

Wake up, a greedy corporations is not the government of the people, a socialistic democracy is the only way we all get through this.

But you don’t care, you have your donuts for breakfast and chic-fil-a for dinner: you gots it good, why vote? 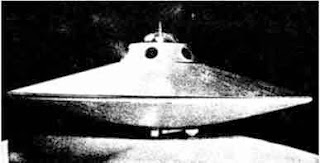