Reagan Destroyed the Middle Class and made you homeless. There, I said it. 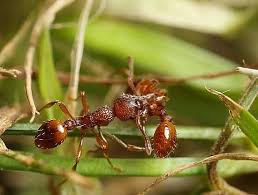 The old Pagan custom of "carrying death away" is carried out in certain regions of Germany on this day.  In celebration of Winter's demise, special straw dolls are burned in sacred bonfires or "drowned" in sacred wells.

I hate to be the one to pull this out, but in today's news, Oklahoma teachers are going on strike.   Why?  Well, just like what is happening in Arizona, tax-cuts for the rich are finally trickling down to like they are suppose to:  kill all the social programs and don't even think about asking the wealthy Toll-Drivers to pay for your schools or roads, they have their own.


Now, we all know -- even most wealthy people who know they should be paying more -- we are finally seeing the truth behind the Republican politics which have been in control of just about everything for the last 20 years.  Oh, there was Bill Clinton, Mr Republican Light, in there, and Obama, both of whom had to deal with majority Republican Senate and Congresses most of their terms.  So the Republicans have giving us this economy of a Donald Trump butt-crack spread between the wealthy 1% and the rest of us.  Soon, we will be Mexico or India, two countries without a middle class, people either living in mansions or boxes.  In my lifetime I have seen it happening.  I do blame Ronald Reagan for starting this mess.  He's the one who ran up the highest government debt ever, and then turned around and blamed it on unwed mothers.  Under his administration I saw a lot, but here are the two most pronounced in my memory: 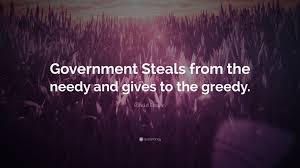 1. When Reagan was elected, I had just gotten out of the Navy -- yes, I served so I can write this to expose the Republican sickness that is destroying our progress.  I had an honorable discharge and so  was allowed to draw unemployment until I found work.  This measly benefit that resulted into one of Nancy Reagan's meals for the month, allowed me a few months to find a decent clerk job.   Shortly after this, I saw Ronald Reagan say, "US Military men and woman who have served their term, should not be allowed unemployment since they have left their jobs.

Yeah, Ronnie, support the troops why don't you -- ass whole!

2.  With his tax-cuts and war spending -- during peace time -- Reagan also decided that the US Government shouldn't be sending money to states to fund their loony-bens.  "It's a waste of tax-payers money," he said, and you bought it.  The truth is those tax-cuts that caused the serge of homeless people who were just put out on the streets without medications, was to give Exxon and Mobile Oil healthy tax breaks as well as research money -- yes, your tax dollars were sent to Exxon to help them find oil wells and improve their profits at the expense of inner-city school children getting sneakers.

It's common knowledge to the Republicans that Reagan's philosophy was to run up the debt so high we would have to cut all social programs, especially that drives them nuts because it means you don't have to get on your knees and beg them for a coin when they walk past: social security. 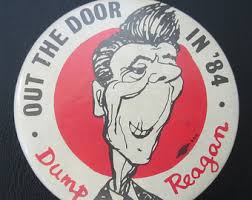 This Slash-and-Cut policy was halted when George Bush Senior realized the disaster the country was headed for and said, "Read My Lips, No New Taxes."   Then he went on and raised taxes to give social security a few more years.  His son, however, would be the great-Satan in delivering tax-cuts through the largest war spending in history -- including WWII.  By the end of George Bush's second term we had the greatest depression since the first one and all he had to do is sit back and watch as the economy fell apart and could be rebuilt like the Republicans want: no safety net for anyone and guns for us all to kill each other with fighting over the trash they left outside their gated communities.  Fortunately for us all, the second George Bush was a pretty clueless guy, or might even have had a heart, and instead of letting it all crash like the plan called for, he bailed out the failing banks long enough to hand the mess over to the first black president in US history. 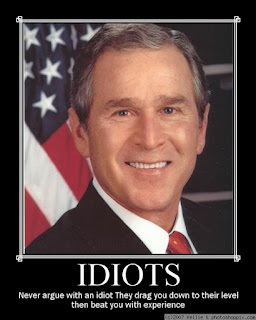 Fast forward to today, the debt is so crazy no one even talks about it.  It's like your drunk uncle who comes over for Christmas and you sit him in the backroom with a bottle of gin to keep him hidden from everyone else.   More tax cuts, more wealth for those lucky enough to have been born into it, and less social stuff for you and me.  That's the way it is boys-and-girls in God's country.

Finally, I watched an old Bing Crosby moving last night and in it he sang a freedom song for the Forth-of-July.   The lyrics were typical, "Land of the Free...." etc.   But also in there was one line I think we all should think about on this 150th day before our next Forth of July:  Freedom of Want!  That's right, along with freedom of religion and speech, he sang: Freedom of Want!  And well boys-and-girls, that is a right we have and should demand.  And if it means that rich baster driving around town in a car worth the life wages of a hotel maid needs to be confronted, confront him/her.  Tell them to cut-the-shit, give a little more you ass-whole. 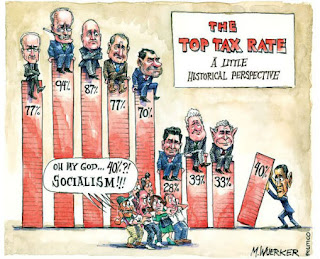 It's either them or us and they no it.   If we wake up and demand more we will get it, but not a dime more until we do.   Maybe it is time we started talking about the S word.