Chariot Festival of the Rain or Golden Shower? 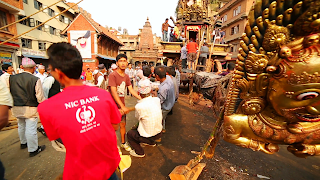 In the Himalayan kingdom of Nepal, an annual religious event called the Chariot Festival of the Rain God begins on this day.  it is dedicated to Machendrana, the ancient and powerful Indian god of rain.  For the current US President, this "shower" festivals happens when he is in a Russia hotel with nothing to do and is called a "golden shower." 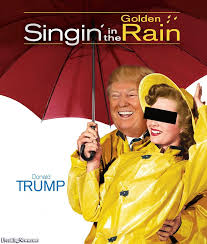 And again, another asteroid just pops up out of nowhere to scare the hell out of us.   Some say it's because our asteroid-finding equipment is better than ever.   I call bull shit.   There is more debris than ever headed our way and our leaders are telling us not to look up but to look at well the 1% are enjoying their tax cuts.  Shit, they're not paying for anything, accept a seat on the space craft being designed by the Space X program, which, in case you missed in an earlier post, is being designed to take a large group of 1%-ers up in space long enough to survive a dinosaur killing asteroid.

But you don't care, you've got your donuts and ESPN.    You're doing alright.

The asteroid, named Asteroid 2018 GE3, was closest to Earth at around 2.41 a.m. ET on April 15 when it was spotted about 119,500 miles away, EarthSky.org reports. That’s closer than the moon, which orbits Earth at an average distance of 238,900 miles. GE3 also passed close to the moon later that morning on its journey around the sun. 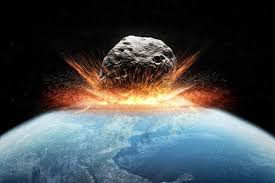